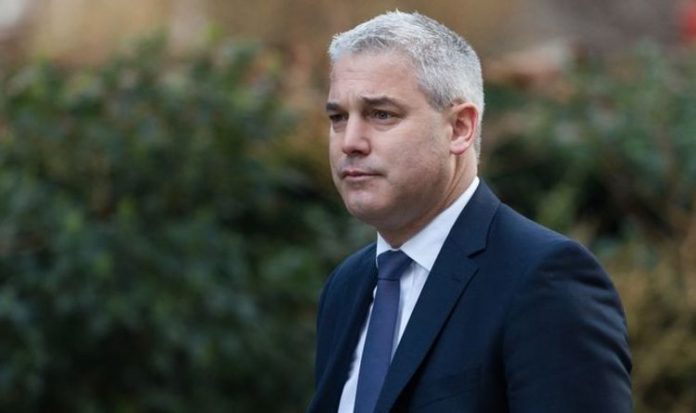 It comes as Prime Minister Boris Johnson said he was “hopeful” that certain family life aspects could be “back to normal” by the festive season. However the government appears reluctant to give any assurance to this end.

Stephen Barclay, chief secretary to the Treasury, told BBC Radio 4 yesterday the British public has been putting a “huge effort” into getting the number of daily infections down, calling it a “common cause we are all working to”.

However, he added: “I think few people expect Christmas to be exactly as it would normally because we will be living with this virus for some time.”

The Government insists we need to control the virus now to prevent harsher restrictions over Christmas.

READ  School term dates: When do the children go back to school? | UK | News (Reports)

Welsh health minister Vaughan Gething said Wales’ national ‘firebreak’ lockdown, which will last over two weeks across the country, would happen so businesses could experience “a much more normal Christmas season”.

He told BBC Radio Wales: “The month of December is really important for many businesses. If we delayed, we would have almost certainly impacted upon that part of the season.”

He did not give an exact time frame for Christmas, however, noting: “A lot depends on what happens now over the next few weeks.”

Regarding a vaccine, the health expert said widespread use should not be expected until spring next year.

On Friday the government reported 20,530 daily new infections with 224 deaths.

The subject of Christmas restrictions was also brought up at the end of September, when Labour pressed the Government to “promise” that students would not be forced to stay at University over the festive season.

The Conservatives’ Culture Secretary Oliver Dowden said: “I very much want students to be able to go home at Christmas, and if we all pull together and observe these new rules, we follow the guidance, then we will be able to get to a point where that should be possible.”

Education Secretary Gavin Williamson suggested a few weeks ago that one way in which students might be able to return home for Christmas would be for them to mandatorily self-isolate at the end of term.

He said: “We are going to work with universities to make sure that all students are supported to return home safely and spend Christmas with their loved ones, if they choose to do so.

“Where there are specific circumstances that warrant it, there may be a requirement for some students to self-isolate at the end of term.”