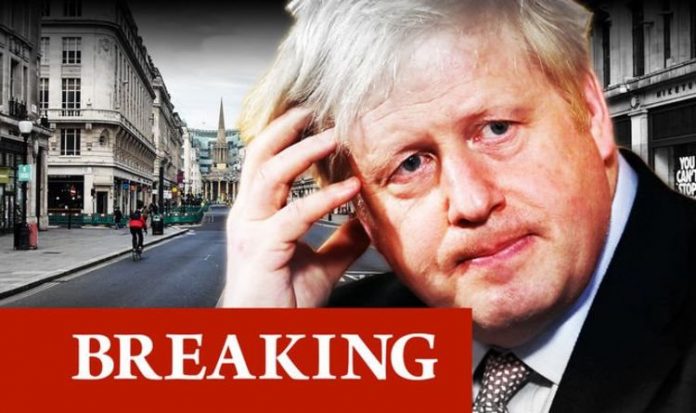 Independent SAGE issued their warning as they set out a series of guideline for an exit strategy from new restrictions which came into force yesterday. Speaking in advance of their weekly briefing, Professor Anthony Costello of University College London said: “Failure to reform and improve the performance of the Find, Test, Trace & Isolate system, will mean earlier and more frequent circuit breakers and lockdowns.”

Professor Stephen Reicher of the University of St Andrews added: “Our exit strategy is firstly, a testing system that works, then we need support for public and businesses to do the right thing and finally, repairing the social contract.

“The big difference between this lockdown and the first one isn’t that the public have changed.

“It’s the relationship between the public and the government that has changed.

Independent SAGE says new COVID-19 cases must come down to 5,000 a day in order for test and trace to be able to cope – suggesting the current system needs urgent reform in order to work.

JUST IN: US election results LIVE: Donald Trump on brink of defeat

During the course of the briefing, which included special guest Caroline Lucas MP, Independent SAGE showed 1,217,214 contacts had been reached by SERCO Test & Trace since May at an approximate cost of £10,000 per head so far, based on government’s commitment to spend £12bn on the system.

The panel of expert scientists, chaired by former Chief Scientific Adviser Sir David King, renewed calls for Test & Trace to be replaced with a system overseen by NHS and for increased support for those needing to isolate.

Latest presented during the briefing also showed a number of cases stagnating and hospital admissions slowing.

However, hospitals in some regions have reached higher occupancy than in the first wave – for example in Liverpool.

Independent SAGE will present its latest statement on universities with recommendations to include:

As such, it is separate from the official Scientific Advisory Group for Emergencies (SAGE).

Speaking yesterday at a press conference in Downing Street, Mr Johnson said the measures introduced this week were “not a repeat of the spring”.

There was “light at the end of the tunnel”, he insisted.

Earlier this week he told cabinet colleagues: “We have a very clear way ahead.

“These measures – the crucial thing to understand is that they expire on 2 December.

“They come to an end. And we therefore as a government and indeed as a country have a deadline and a target to develop solutions which previously did not exist.”