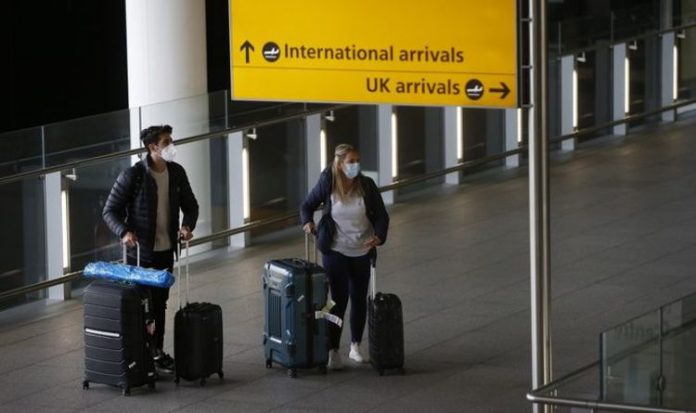 The tougher new proposals come as the Government seeks to crack down more sharply on coronavirus cases. It is understood there is concern within Downing Street about mutant Covid-19 strains entering the country that may be resistant to a vaccine.

Officials have been told to look into a policy similar to one that New Zealand already have – in which anyone arriving at Britain’s borders would have to stay in an airport hotel for around two weeks, according to The Times.

People will have to cover the cost of these hotel stays themselves. In Australia, the cost can be anywhere between £1,500 and £2,500.

Yesterday, Foreign Secretary Dominic Raab said the Government would “consider all the measures”.

Meanwhile Jonathan Reynolds, shadow work and pensions secretary, confirmed he would “look at” the suggestion, but also warned it might not be the best option.

He told Sky’s Sophy Ridge: “If that is the most effective way to tackle that, I’d look at that. I’m not sure necessarily it is the case.”

Mr Raab did say UK would be “strengthening the checks at the border”.

The move could go against advice by the Sage scientific advisory committee, which is said to be of the opinion that changes to the UK’s tier system must not be made until ‘most’ people have received the vaccine, which could take until the summer, The Times added.

38,598 people tested positive for coronavirus in the UK yesterday, according to the Government’s latest data, while there were 671 new deaths within 28 days of a positive test.

It brings the total new cases within the last seven days to 323,614 – a decrease of 22.5 percent from the seven days prior.

Meanwhile the UK is set to enter the next stage of its vaccine rollout as everyone aged 70 or over in England will become eligible for a jab this week.

The jab will also be offered to those classed as “clinically extremely vulnerable”.

The latest data shows 3.8 million people across the UK have now received their first dose of a coronavirus vaccine.

Health Secretary Matt Hancock has said this includes more than half of everyone aged over 80.

The NHS is said to be providing 140 doses a minute, though at the same time one Covid patient is believed to be being admitted to hospital every 30 seconds.