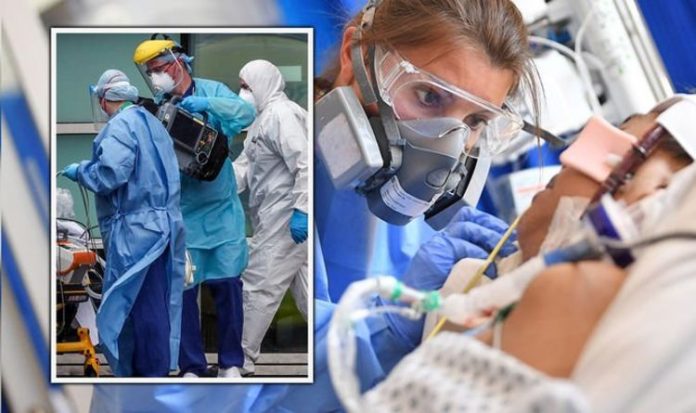 The UK currently has the highest death rate across Europe after surpassing 40,000 and now figures have shown a number of coronavirus hotspots emerging over the last week. One area saw nearly a fivefold increase in cases.

This is now England’s fourth-worst region behind Hyndburn in Lancashire, where infections have more than doubled.

Warrington, which is the sixth worst-affected area, reported new cases trebling within a week.

While cases in Knowsley are nearly three times higher than they were a week ago.

Pendle and Rossendale were the only two places which saw the number of cases fall within seven days.

Of this number, 193 have recorded an increase in seven days.

Weddings and funerals will be exempt but must remain limited to 30 people, while organised sports events can take place provided it is compliant with coronavirus guidance and a full risk assessment has been carried out.

“It breaks my heart to have to insist on these restrictions upon individuals, upon families, grandparents.

“There’s nobody in government who conceivably wants to do this.

“I know over time the rules have become quite complicated and confusing.

During the press briefing, Professor Chris Whitty warned the new measures could be in place for months to stop a surge of the virus during winter.

He said: “Everybody I think in the country will know, and it has been widely reported that the period over autumn and winter, which is the period when all respiratory viruses have an advantage because people crowd together, more things are done indoors amongst other reasons, it is going to be difficult.

“I think in terms of the existing restrictions, people should see this as the next block of time that may not last for many months, but it is very unlikely to be over in just two or three weeks.”