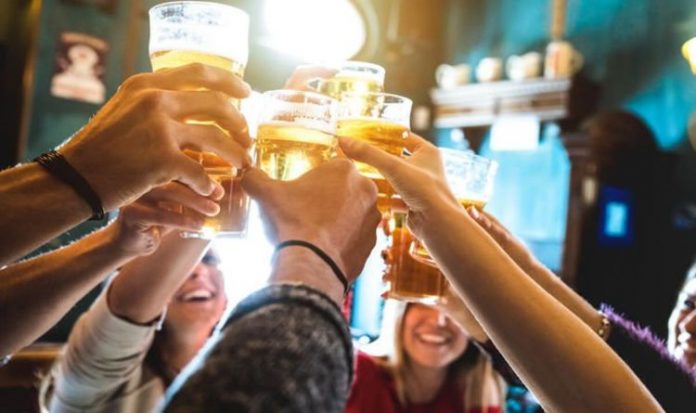 The second coronavirus lockdown in England will officially end on December 2 with the country placed into a three-tier system. The new coronavirus alert system will see 99 percent of England facing major restrictions on hospitality and mixing with other households. The Isle of Wight, Cornwall and the Isles of Scilly are the only areas in the country living under tier 1 restrictions.

Only in these regions are Britons allowed to order a pint and gather indoors in a group of up to six.

Those living in tier 2 – such as London and Liverpool – must order a substantial meal with their alcoholic drink.

Meanwhile, those in tier 3 – such as Manchester and Kent – pubs, bars and restaurants must stay closed unless they can operate as a takeaway service.

As a result landlords in Cornwall have been inundated with enquires from people living in neighbouring counties, such as Devon in tier 2, about travelling down after the end of lockdown.

Pub owners fear they could be overwhelmed following a surge in demand in recent days.

As a result, Devon and Cornwall Police have confirmed they will deploy patrol units around the county from Wednesday.

A spokesman for the force said officers will be on hand to “respond to Covid-related matters”.

Amy Newland from the White Hart in Chilsworthy, Cornwall which is located next to the Devon border, said: “People have been ringing me up from across the border in Plymouth already saying they are going to be popping over for a beer and asking what time we open.

“Funding of these units remains in place until the end of March 2021, but their use will remain under constant review and will naturally reflect the localised situation and tier that the Government has placed our area within.

“Our policing approach from those working within these vehicles is the same as our wider approach, and that is to engage, explain and encourage people to comply, and as a last resort consider enforcement via a fixed penalty notice.”