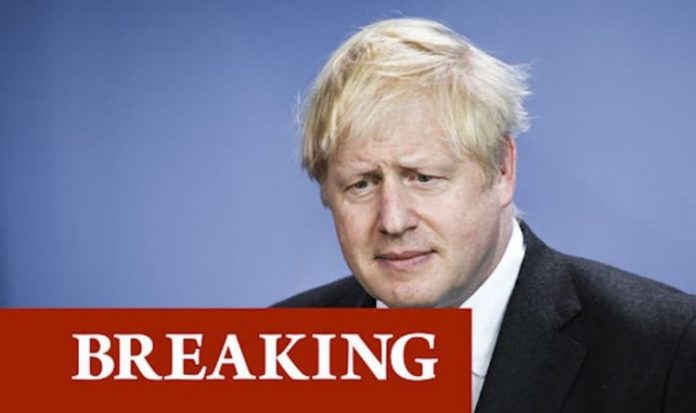 Figures from the Government Science Office (GSO) published today recorded the R rate now sits between 0.9 and 1.0. This is the first time the number was below 1 since September 4.

The R rate is the reproduction number of coronavirus transmission across the UK.

It measures the number of people, on average, that each sick person will infect.

This new figure means on average every 10 people infected will infect between nine and 10 other people.

If greater than one, the epidemic is seen to be growing but if less than one it is seen as shrinking.

Judging from the new figures, London has a higher R rate than other cities and regions across the country.

Mr Hancock said the decisions were not “easy” to make “but they have been made according to the best clinical advice”.

He told MPs: “Thanks to the shared sacrifice of everyone in recent weeks, in following the national restrictions, we have been able to start to bring the virus back under control and slow its growth, easing some of the pressure on the NHS.

“We will do this by returning to a regional tiered approach, saving the toughest measures for the parts of the country where prevalence remains too high.

“Regardless of your tier, I ask everyone – we must all think of our responsibilities to keep the virus under control we should see these restrictions not as a boundary to push but as a limit on what the public advice says we can safely do in one area.”

Those in Tier 3 should not mix households indoors or in most outdoor places, which hospitality venues closing except for takeaway, drive-through or delivery.

People are also urged not to travel outside their area other than where necessary.

In Tier 2, only those in support bubbles can mix households, with the rule of six still applying outdoors.

Pubs and bars must close unless operating as restaurants while alcohol can only be served with substantial meals.

England is currently in its second lockdown which is expected to end on Deecember 2.

As soon as the lockdown is lifted, the new tier system will be implemented.