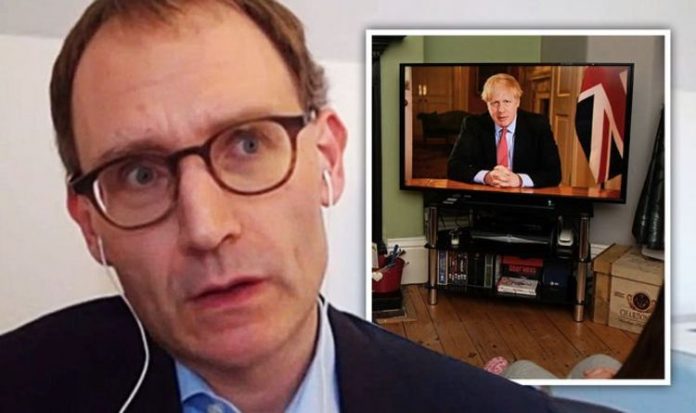 Professor Neil Ferguson, an epidemiologist at Imperial College London, has said the situation is “not looking optimistic right now”. He spoke after Sir Patrick Vallance, the UK’s chief scientific adviser, said he expects a spike in coronavirus infections after an “inevitable period of mixing” over Christmas.

Boris Johnson called an urgent meeting of his Cabinet on Saturday after a rise in cases, prompting new and much stricter Tier 4 restrictions in London and the south-east.

This has effectively cancelled Christmas plans for millions of people.

A mutated strain of Covid-19 is believed to be behind the surge in the south east of England, where the R rate has soared to 1.4 in recent weeks.

More than 40 countries, including France, Spain, Italy, Canada, Russia, India and Hong Kong, have banned UK flights to protect the public from the new virus strain.

Asked about the prospect of Tier 4 rules lasting until Easter, Prof Ferguson told BBC Radio 4’s Today programme: “Possibly. The Government gets criticised for changing policy all the time.

“Policy will be formed on the basis of that.

He added: “We said right at the start back in March that the problem with lockdown while it’s effective at slowing the spread and saving lives, is it’s only a holding action and the final answer to this is the rollout of vaccines.

“The faster we get vaccines into people’s arms, the quicker we’ll be able to go back not completely to normal, but at least be able to relax restrictions.”

He told the Press Association: “We are all very realistic that this is not going to finish any time soon.

“As has been made fairly clear by the Prime Minister really we’re talking to spring time before we can really see things dramatically changing.”

Speaking at a Downing Street press conference on Monday, Mr Johnson sought to reassure world leaders about how quickly Britain has reacted to news of the strain.

He said: “We took prompt and decisive action the very next day to curb the spread of the variant within the UK.”