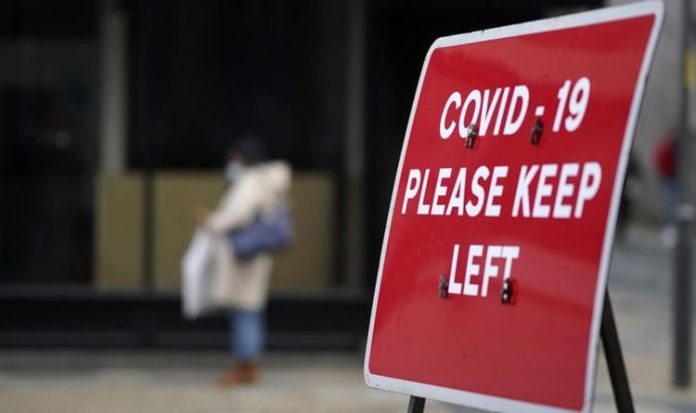 The initiative, championed by Dominic Cummings, was designed to reduce the transmission of coronavirus with tests that can produce results in as little as 20 minutes.

However opponents claim too many inaccurate results are produced. And a study by Public Health England and the University of Oxford last week suggested nearly one in four people who have Covid could be told they are negative after having the test.

The scheme is set to be rolled out across 66 local authorities as well as schools, universities and care homes. And although Mr Cummings resigned from No10 last week, it has been suggested he will continue to work on the Moonshot project, which is “dear to his heart”.

Professor Jon Deeks, who leads the Evidence Synthesis and Test Evaluation Research Group at Birmingham University, said: “I am despairing. There is also a total frustration.

“This test has not been properly evaluated. The Government’s own evidence shows these tests miss positive cases – which means people could unwittingly go out and cuddle their grandparent without realising the risk to them.

“It could also mean up to half of those who get positive results and are told to isolate do not need to.

“The decision to roll out this programme seems to be based on politics, not strong science.”

Prof Deeks, an advisor to the World Health Organization and author of more than 300 research papers on the evaluation of healthcare interventions and medical tests, added: “I would abandon this scheme. We need to put in measures that work.” Operation Moonshot was launched last month after being hailed by Downing Street as the solution that would see the country return to some sort of normality.

It uses lateral flow tests, a nose and throat swab test that does not need processing in a laboratory.

Prof Deeks’ criticism comes as Prof Kamran Abbasi, an expert in public health at Imperial College London and executive editor of the BMJ, wrote a stinging attack on the suppression of at least four examples of “good science” during the pandemic. These included criticism of the use of lateral flow tests.