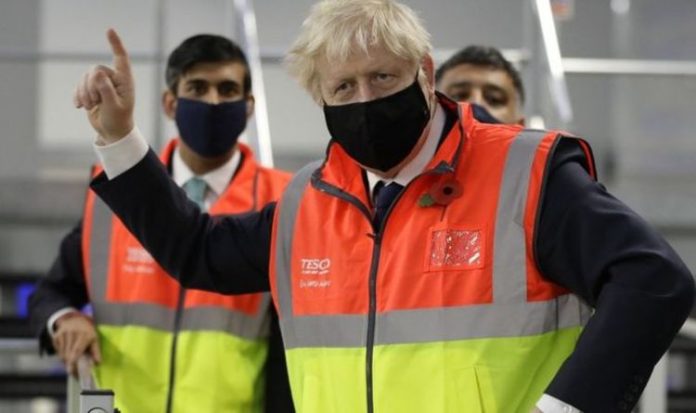 Professor John Edmunds, a member of the Scientific Advisory Group for Emergencies (Sage), said encouraging people to visit bars and restaurants to help the economy only to throw the hospitality sector into lockdown a few weeks later was not a “sensible way to run the epidemic”. New restrictions which came into effect across England on November 5 have seen pubs, bars and restaurants been forced to close but they are expected to be allowed to reopen when lockdown ends of December 2.

Prof Edmunds raised concerns about “flip-flopping” between Government-backed incentives, such as the Eat Out To Help Out scheme, and closures.

He said: “We need to take a long-term view and be sensible and realise that we’re going to have to have restrictions in place for some time.

“Yes, we can lift them when it’s safe to do so, which will be primarily when large numbers of people have been vaccinated.

Under current plans, a regional tiered system is set to replace the national lockdown when it ends on December 2.

Prof Edmunds, of the London School of Hygiene and Tropical Medicine, said it was “too early to judge” if this was too soon to lift the current restrictions.

But he said a return to the lowest alert level of the regional tier system, Tier 1, when the lockdown ends would be “very unwise”.

He said: “The problem with the tier system is Tier 1 doesn’t do much at all, Tier 2 probably has some effect, but not a great deal, and Tier 3 seems to be able to hold the epidemic.

“The problem with the tier system is that inevitably you end up with quite a lot of places with high incidence under those circumstances.

“Because the Tier 1 and Tier 2 ones just eventually drift up into Tier 3 with a high incidence, and then Tier 3 holds it there.

“It wasn’t a very well thought through strategy, frankly.”

Damian Green, Theresa May’s former deputy and MP for Ashford, Kent, supported the introduction of the four-week lockdown which began on November 5 but said he would “take a lot of convincing to vote for another full lockdown”.

He said: “I don’t see why churches can’t hold services even now, and I thought the tiered system should have been given longer to prove it’s worth.”

It comes after the Government said a further 462 people had died within 28 days of testing positive for COVID-19 as of yesterday.

As of 9am yesterday there had been a further 26,860 lab-confirmed cases of coronavirus in the UK, slightly down from 27,301 on Friday.