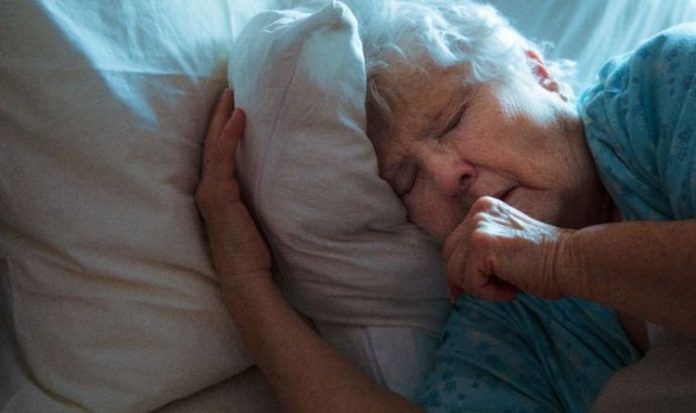 Prime Minister Boris Johnson announced in May the UK was “past the peak” of the coronavirus outbreak, but stressed that moving out of lockdown too quickly could risk “a second spike” in infections. The Prime Minister said that “we can now see the sunlight”, but insisted that in order to avoid the “disaster” of a second peak the UK must keep the R rate – the rate of transmission – below one. Since then, lockdown restrictions have started easing as non-essential businesses have reopened, and people have started going back to work.

Mr Johnson said: “Thanks to you we have protected the NHS and saved many thousands of lives.

“We must stay alert. We must continue to control the virus and save lives. And yet we must also recognise that this campaign against the virus has come at a colossal cost to our way of life.

“We can see it all around us in the shuttered shops and abandoned businesses and darkened pubs and restaurants.

“So I want to provide tonight – for you – the shape of a plan to address both fears. Both to beat the virus and provide the first sketch of a road map for reopening society.”

How many people have died of COVID-19 in the UK?

The UK’s official tally of coronavirus-related deaths has passed 20,000 – a figure the chief scientist once said would represent a “good outcome”.

Health officials have confirmed the number of people to have died as a result of coronavirus in the UK has now reached 46,526.

The Prime Minister’s official spokesman said: “The PM has said that those arriving in the UK from overseas will be required to self-isolate in order to prevent infections from abroad and a second wave of cases.

“The work on this is continuing and we will set out more details in due course.” So far 318,000 people have tested positive for the infection in the UK.

Worldwide, coronavirus has caused the deaths of more than 774,000 people worldwide since it was first announced in Wuhan, China in December 2019.

In response, the Government announced a three-week lockdown across the UK, which began on March 23. Now those lockdown measures have been significantly eased.

Since June 1, groups of six people have been allowed to meet outside, including in gardens and other private outdoor spaces – providing social distancing measures are strictly followed.

“So the result is we can move forward with adjusting the lockdown in England on Monday.”

The Government also reopened schools on June 1, with some primary school children in Reception, year one and year six heading back to the classroom first.

When quizzed on his decision to do so ahead of other countries, Mr Johnson said: ” We’re taking a more cautious approach than some, and slightly ahead of others – but that’s the right place to be.”

The Prime Minister added that he “fully intends to get all pupils back by September if the science and battle against the disease allows it”.

Mr Johnson was recently questioned during a coronavirus press briefing over the Government’s decision to allow children into zoos but not in schools before September.

This follows the Government’s decision to drop the goal of getting children back into the classroom before the summer holidays.

Mr Johnson said the Government would have liked to be “in a position where we have got the remainder of primary back for a couple of weeks before the summer holidays, we wanted to do that”.

However, he said that because of the rampant prevalence of COVID-19, “clearly we’ve got it right down but it’s not quite down far enough to change the social distancing measures in schools”.