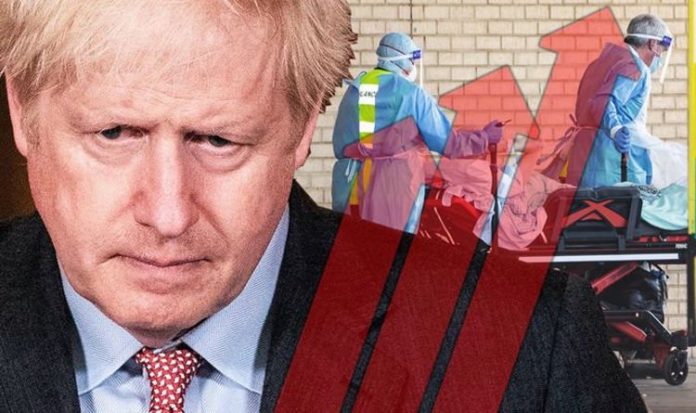 Britain reported a surge in daily COVID-19 cases to a record 22,961 on Sunday after authorities admitted a technical issue had meant that over 15,000 test results had not been transferred into computer systems on time, including for contact tracers. The technical problem, which was identified on Friday and has now been resolved, led to 15,841 cases not being uploaded into reporting dashboards used by the NHS contact-tracing system.

Health Secretary Matt Hancock is due to give a statement in the Commons later today to explain the blunder amid reports the missing results exceeded the maximum file size.

News of the glitch was likely to cast further doubt over the robustness of the national test-and-trace system, which Prime Minister Boris Johnson said would be “world-beating” but which has experienced a series of delays and setbacks.

READ  Donate your money to charities, not criminals, this Christmas

In terms of tracing the contacts of the infected people, Public Health England (PHE) said the information had been transferred to the relevant systems over the weekend and contact tracers were now working urgently to catch up.

The authority said all the people concerned had been given their results in a timely fashion, and that those with positive results had been told to self-isolate.

PHE said: “NHS Test and Trace have made sure that there are more than enough contact tracers working, and are working with local Health Protection Teams to ensure they also have sufficient resources to be urgently able to contact all cases.

PHE’s interim chief executive, Michael Brodie, added: ”We fully understand the concern this may cause and further robust measures have been put in place as a result.”

Work and Pensions Secretary Thérèse Coffey said on Monday the technical failure had now been fixed and should not be repeated.

She told Sky News: “The glitch has been found and fixed and I’m sure that the changes are brought in straight away to make sure this sort of problem doesn’t happen again.

”I’m sure that PHE will not be allowing that issue to happen again.”

He said: “I can’t get particularly excited about blaming ministers for what is a technical problem with a computer system.

“It’s a computer problem, get a life.”

Sunday’s daily cases figure represented a dramatic jump from the 12,872 cases reported on Saturday. day numbers were published hours behind schedule, just after a statement from PHE about the technical problem.

The authority said in a statement: “Today and yesterday’s headline numbers are largely due to the backlog of cases flowing through the total reporting process.”