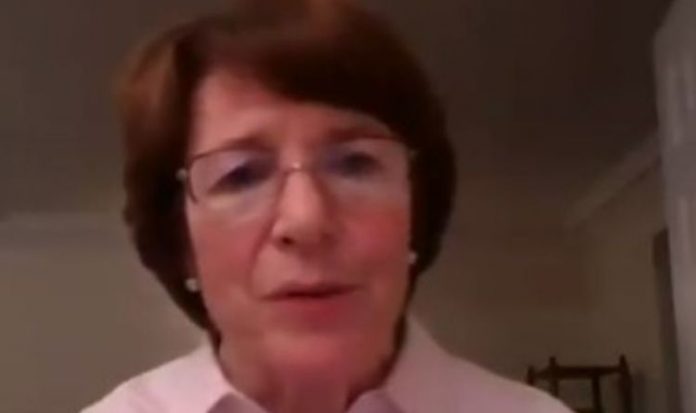 Mr Marr asked: “Do you think the Brexit situation is going to make things more difficult in any way?”

Ms Raine said: “What I would like to say is that our goal is MHRA is to make sure whatever the outcome, whatever the deal medicine and vaccines reach anyone in any part of the country in the same way without any interruption at all

“We are rehearsed, we are ready and we know whatever the deal we will be able to ensure that people have access.”

The BBC host replied: “Would you be concerned about no deal?”

The MHRA Chief Executive stated: “As I said we have practised, we are ready, we are fully prepared for any possible outcome.

“Our goal is very clear, to make sure medicines and vaccines get to those who need them without any interruption whatsoever.”

This week Matt Hancock issued a triumphant claim that everybody in Britain will have a summer they can enjoy following the Pfizer vaccine breakthrough.

The Health Secretary told the BBC that help is on its way and 2021 is going to be a much better year for Britain.

“This will take time to roll out, you have got to have those 21 days in between the jabs.

“We have got to get this rolled out at the speed it can be manufactured but I am confident now with the news today that from spring, from Easter onwards things are going to be better.

“We are going to have a summer next year that everybody can enjoy.”

He added: “Between now and then we have got to hold our resolve.”