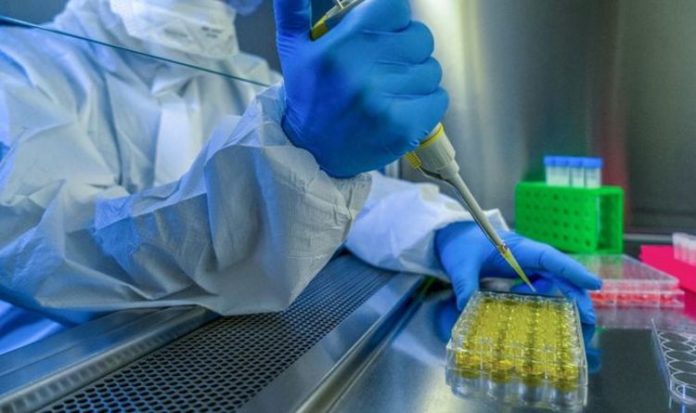 A decision on whether a vaccine is apt for rolling out could be made in the UK as soon as next week. In the priority list for immunisation are frontline healthcare workers ahead of care home residents and other vulnerable people.

Ministers could be set to begin a TV and radio campaign informing UK citizens of the benefits of taking the jab as early as next week.

The vaccine developed by Pfizer currently has a 95 percent effectiveness in protecting from the pathogen.

A Government source told it is “very likely” Pfizer will be the earliest jab officially approved.

The source said: “It’s looking pretty close and we could get a decision as early as next week.

“If so there’s a 50/50 chance we could be the first country in the world to approve a vaccine for roll out.”

However, logistics could be an issue for Pfizer’s jab.

The vaccine has to be kept at -70C and can only be thawed in groups of 1,000 before being used.

“I’ve made the prediction of spring before things start to appear to be normal again, and I think that’s about the right timing.”

Prof Bell explained that there now “three vaccines” along with mass testing, which he said “appears to work pretty well”.

He added: “We’ve got a lot of arrows in the quiver that we can shoot. So I’m fairly optimistic that things will start to move in the right direction now.”

However, he admitted he was not always so confident we would develop a vaccine at all.