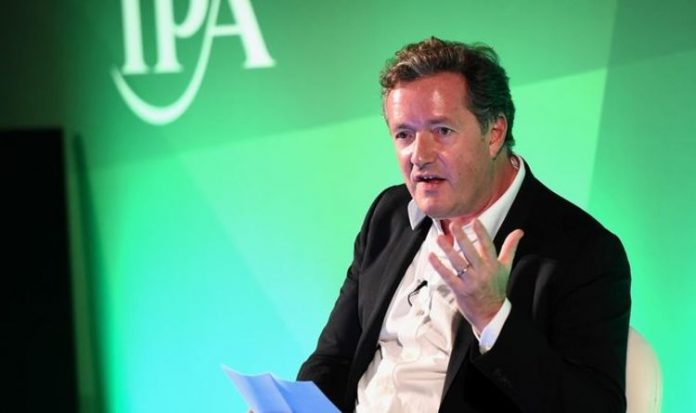 Mr Biden, who is due to replace Donald Trump in the White House in January next year, has repeatedly warned Britain not to allow a hard border to be established between Northern Ireland and Ireland as a result of Brexit. He even suggested a post-Brexit trade deal between the US and Britain would be affected if this were to happen.

This week, Mr Biden – who has spoken of his Irish roots numerous times – claimed to have spoken with Prime Minister Boris Johnson as well as Irish Taoiseach Micheál Martin to discuss the issue.

“The idea of having a border north and south once again being closed is just not right, we’ve just got to keep the border open.”

Following the comments, Piers Morgan attacked Mr Biden for getting involved in something “that has nothing directly to do with him or America”.

Writing in the Mail Online, the Good Morning Britain host – who admits he voted remain in the 2016 Brexit referendum – added: “Sorry, but this is completely unacceptable.

“I happen to agree with him that the Good Friday Agreement was a massively important moment in forging peace in Ireland, and it must be protected.

The Northern Ireland protocol aims to prevent goods being checked when crossing the Irish border.

However, how it will be implemented depends on the post-Brexit trade agreement between the UK and the EU, according to The Independent.

Negotiators from both sides are still attempting to iron out a deal, but with just over a month left until the UK’s transition period is over, talks have gone right to the wire.

Meanwhile, Mr Morgan also hit out at former president Barack Obama, who warned ahead of the Brexit referendum that the UK could be “back of the queue” for a US trade deal if it voted to leave the EU.

Similarly, Mr Biden has also suggested a UK-US trade deal could be at risk due to Brexit if a hard border were to divide Ireland and Northern Ireland.

In September, the president-elect tweeted: “We can’t allow the Good Friday Agreement that brought peace to Northern Ireland to become a casualty of Brexit.

“Any trade deal between the U.S. and U.K. must be contingent upon respect for the Agreement and preventing the return of a hard border. Period.”