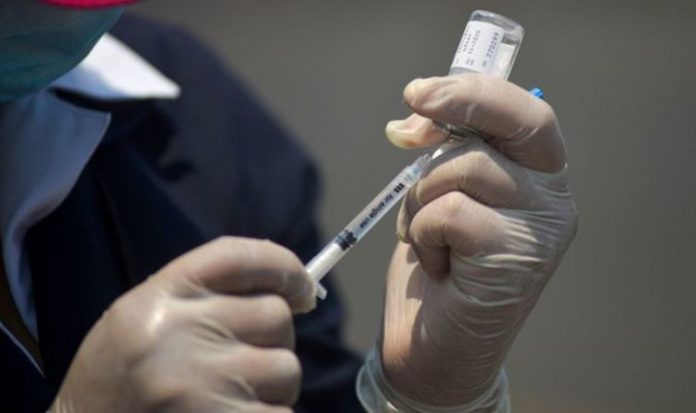 The American biotech company, Moderna, released early data of a new vaccine that protects against the coronavirus with nearly 95 percent effectiveness. It came after the drug company Pfizer released preliminary results of a COVID-19 vaccine which can protect more than 90 percent of people from getting the virus.

The new vaccine results from Moderna show that it is a more successful jab than those of Pfizer/BioNtech and Russia who also released results from trials.

The UK Government said it was in “advanced discussion” with Moderna over access to the new vaccine.

On Monday, Health Secretary Matt Hancock announced that five million doses of the jab have been ordered for Britain.

But doses of the vaccine will not be available in the UK until Spring 2021 because Moderna has given priority to US citizens, according to the Telegraph.

A Government source told the Telegraph the biotech company had been clear that America was its main market, making availability abroad more limited.

The Government has instead chosen to order 350 million jabs from Pfizer/BioNtech, Oxford/AstraZeneca, Novavax, Janssen, GSK/Sanofi Pasteur and Valneva.

Mr Hancock praised the new vaccine results as “encouraging” but warned that there are still challenges ahead.

During the Downing Street press briefing on Monday, he said: “This is another encouraging step forward, although I stress that this is preliminary.

READ MORE:Where is the Moderna vaccine made?

READ  Tech Rocketship Awards search for entries from across Europe

Experts in the UK have also praised Moderna’s vaccine results and say it “boosts optimism” that there will be several available jabs to fight the pandemic.

Peter Openshaw, Professor of Experimental Medicine at Imperial College London, told the Reuters: “This news from Moderna is tremendously exciting and considerably boosts optimism that we will have a choice of good vaccines in the next few months.”

He added: “This announcement adds to the general feeling of optimism about vaccines for Covid-19. What we still don’t know is how long any protective immunity may last. For that, we will need to wait.”

Stephen Evans, Professor of Pharmacoepidemiology at London School of Hygiene & Tropical Medicine, told Reuters: “This announcement from Moderna is a further encouragement that vaccines will be found to not only have an acceptable efficacy, but an efficacy that is much greater than we had anticipated.”

“It is likely that convincing evidence in respect to deaths will probably only be obtained when the vaccine is in use.”

The Moderna vaccine is the first jab so far to be shown to protect older people.

The company’s tested the vaccine on 30,000 people and its interim results proved that the jab protected nearly every participant from the virus.

In a statement Stéphane Bancel, Chief Executive Officer of Moderna, said: “This is a pivotal moment in the development of our Covid-19 vaccine candidate.

“Since early January, we have chased this virus with the intent to protect as many people around the world as possible.”