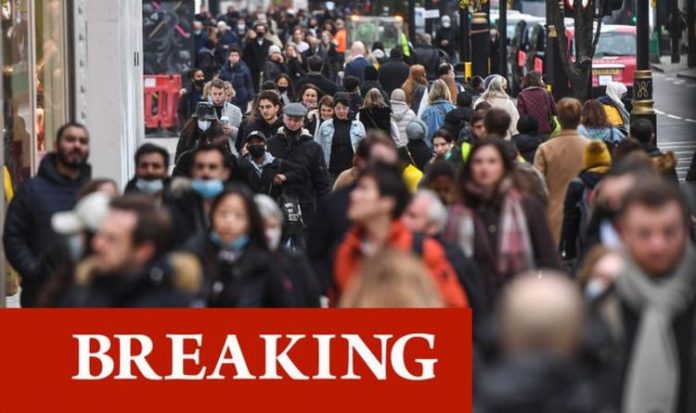 Stats released today show UK-wide R rate has risen to 0.9 to 1 after it dropped to 0.8 to 1 last week. The news will increase fears just two weeks before Christmas when the country is set to see a relaxation in Covid restrictions for four days. And it comes off the back of a report about a new spike in hospitals in and around London.

The number of Covid-19 patients in hospital in two regions of southern England are heading towards levels recorded at the peak of the first wave of the virus, figures show.

In south-east England, 1,547 hospital patients with confirmed Covid-19 were reported on December 9.

This is the highest number for the region since the end of April.

During the first wave, the number of patients in south-east England peaked at 2,073 on April 7.

At the current rate of increase, levels could be above this within a fortnight.

It is a similar picture in eastern England.

Here, 1,063 patients were reported on December 9 – again, the highest since the end of April.

The first-wave peak in eastern England was 1,484 patients on April 12.

On the current trend, this could be surpassed by the end of the month.

The first-wave peak of Covid-19 hospital patients has already been surpassed in four other regions.

Only in London is the level of Covid-19 patients still well below that seen during the first wave of the virus.

All figures are taken from the Government’s coronavirus dashboard.