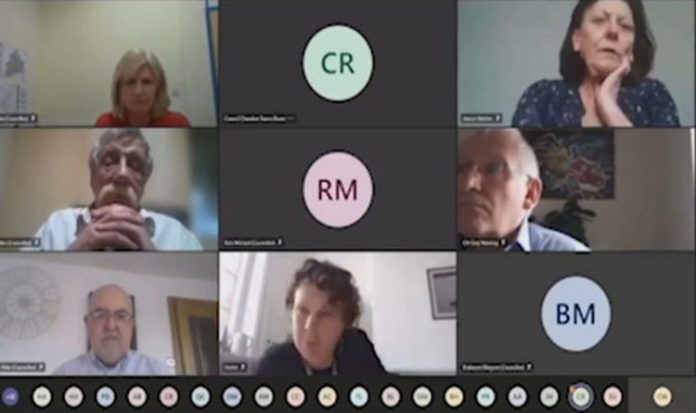 During the pandemic, Zoom council meeting blunders have been a recurring source of comedic relief. This time, an unfortunate moment during a Hull City Council meeting saw Lib Dem Councillor Chris Randall, shouting words of profanity at his cat.

In the video clip which has been shared on social media, Cllr Chris Randall disrupts the meeting and screams: “What the f*** are you going on about?”

A fellow councillor then asks sternly: “Excuse me, who is on the line please?” But Cllr Randall could not be stopped and continued his tirade shouting “F*** off!”

A very unimpressed councillor then said: “Can Cllr Randall please shut up when I’m speaking please? It’s not acceptable” as other councillors appeared to be covering their mouths and giggling.

READ MORE:Search for missing meteor in Gloucestershire gardens – do not touch

During a second clip, Cllr Randall apologised for his explosive outburst saying: “I need to apologise to Daren Hale, I think.”

In an attempt to justify himself he said: “I was actually struggling with my nine-kilo moggy crawling up my brand new curtains which cost me nearly 170 quid and I totally lost it and didn’t realise I was still on the microphone.”

The video is currently circulating on social media with many people quick to share their thoughts. One commented: “Hull’s very own Jackie Weaver moment. Hysterical Zoom council meetings are all the rage now anyway, Hull had to get in on the action.”

A poll is making its way around Facebook asking: “This Zoom video of a Hull City Council meeting, with the very sweary councillor shouting at… well who do you think it is?”

Options include “His wife”, “Deputy Council Leader Daren Hale”, “His 9 Kilo Moggy” or “the window cleaner”.

“His wife” is currently taking the lead.