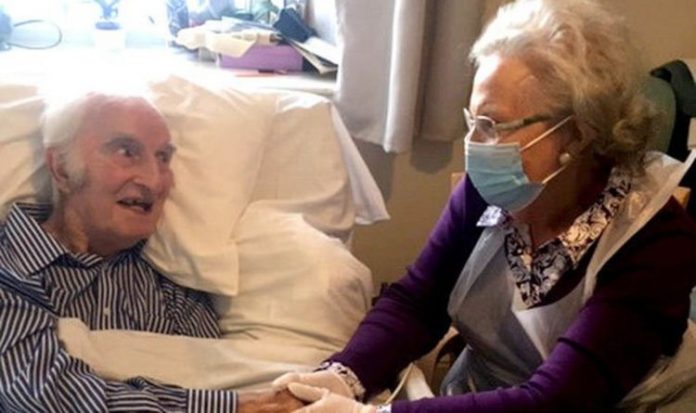 Shirley said: “It was so wonderful to see him and hold his hand. “I was so pleased and grateful for everything the home has done to make this happen.” Their emotional reunion was made possible after their care home was selected as one of 20 trialling a new rapid test system.

They had barely been apart during more than 60 years of marriage and Shirley had seen her husband most days before the pandemic.

But visits were banned between March and July and from August to November with socially distanced ones allowed between.

But the rapid Covid test, with a result within 30 minutes, has allowed reunions.

Melissa Jones, manager of the King Charles Court care home in Falmouth, Cornwall, said: “Shirley and Freddie are just so in love and are like they have just been married.

“They have missed each other terribly. This has been their first contact since March.

“They were able to hold hands and have some privacy. It meant everything to them.

“Freddie is such a lovely gentleman, but he had a different kind of smile on show – one he saves just for his wife.”