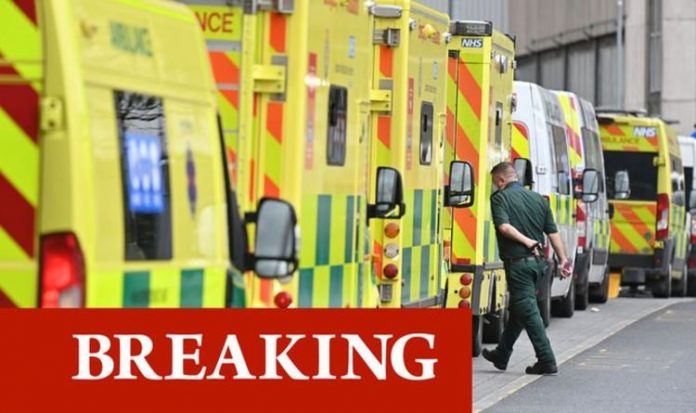 Across the UK another 728 people were confirmed to have died in hospital within 28 days of testing positive for Covid-19.

However this is a fall of 226 compared to Wednesday’s figure, and 330 compared to the same day last week.

In total 630 people died in English hospitals along with 53 in Scotland, 35 in Wales and ten in Northern Ireland.

Those who passed away were aged between seven and 102.

All of them, with the exception of 30 aged between 40 and 99, had underlying health problems.

Today’s figure in a fall on last Thursday when 1,058 people died with coronavirus in hospitals across the UK.

The corresponding figures for the two preceding Thursdays was 945 and 1,018.

According to Nadhim Zahawi, Minister for COVID Vaccine Deployment, almost one in five people have received their first jab across the UK.

This includes nine in ten of those aged over 80 and over half of over-70s.

However Mr Zahawi warned it will take time for the vaccines to take effect and urged Britons to “stand firm”.

He added: “Our vaccination programme is our way out of this pandemic, and we appear to be past the peak, but this remains a deadly virus and it will take time for the impact of vaccinations to be felt.”

There is a two-to-three-week gap between receiving a coronavirus vaccine and receiving the extra protection.

The UK has vaccinated more people per capita than any other country except Israel and the United Arab Emirates.

Britain remains on track to vaccinate its 15 million most vulnerable residents by the middle of this month.

The Liberal Democrats have written to Boris Johnson urging him to donate coronavirus vaccines abroad once the four million most vulnerable people in Britain have received two jabs.

Party leader Sir Ed Davey and MPs Layla Moran and Munira Wilson said: “Given the number of vaccines the UK has purchased and the impressive vaccine manufacturing capacity that we have developed, we must consider the UK’s responsibility in rolling out the vaccine worldwide.

“It is time for the UK to step up and work with our allies across the world to ensure that we tackle this pandemic collectively.”

However a row has broken out over the Government’s plan to quarantine those flying into the UK in hotels near airports.

Rob Paterson, chief executive of Best Western hotels, said he had not “heard anything” other than “very broad information” from the Government despite repeatedly offering his services.

He added: “I think if any normal company, you went out and announced a programme nationally that you had not thought about how you were going to plan that, and you had not spoken to the people involved, I am not sure I would have a job if I did that in my company.”

Surge testing of 80,000 people is taking place in London, Woking, Kent, Broxboure, Walsall and Southport after the new South African coronavirus variant was detected in these areas.

There are fears this variant may be less effected by approved vaccines.

Mr Zahawi warned there are over 4,000 coronavirus variants known to exist throughout the world.

In response vaccine manufacturers are “already working on variants to their vaccine to take into account mutations”.