Ambulances queue up to drop off Covid patients (Image: PA)

A grim new record was also set for deaths according to the date on which they occurred. A total of 1,110 deaths took place on January 12, higher than the previous record of 1,073 on April 8. The disparity in figures is caused by some deaths not being reported to national authorities for several days, weeks or even months.

Meanwhile a study by Imperial College London found that infections were roughly flat between January 6-15 and may have started to rise towards the end of the period.

Researchers estimated the R – the rate at which infected people infect others – was 1.04 and that around one in 60 people in England were infected, based on swab testing of more than 140,000 individuals.

Steven Riley, a professor of infectious disease dynamics at Imperial, said: “There’s no evidence that prevalence is decreasing at present, even 10 days into lockdown.”

And study director Professor Paul Elliott, the chairman in epidemiology and public health medicine at Imperial, said: “What we would be hoping for during the lockdown is that we can see a downturn in the prevalence rate, a reduction in R.

“We definitely saw that in lockdown one but we’re not seeing that same pattern in lockdown three.”

Imperial’s React-1 study, which has been running since May, regularly tests hundreds of thousands of people to monitor disease levels.

The latest round estimated that around 1.58 per cent of people in England were infected – the highest level so far and up from December’s 0.91 per cent.

READ  What are Labour playing at with ambiguous Brexit policy? - UK

Prevalence was highest in London, at 2.8 per cent.

Health Secretary Matt Hancock said: “These findings show why we must not let down our guard over the weeks to come.

“Infections across England are at very high levels and this will keep having a knock-on effect on the already significant pressures faced by our NHS and hospitals.

“It is absolutely paramount that everyone plays their part to bring down infections. This means staying at home and only going out where absolutely necessary, reducing contact with others and maintaining social distancing.”

The study was paused for most of December and early January, and the researchers believe infections peaked during that time and have fallen.

This could partly explain why the daily number of cases confirmed through testing has decreased from around 60,000 a fortnight ago to just under 39,000 yesterday.

But the Imperial experts warned their preliminary data for January 6-15 is likely to be picking up the more recent trend that progress has stalled.

They also looked at mobility data from Facebook, which indicated a sharp drop in people’s activity during the last two weeks of December, followed by a return to intermediate levels in early 2021.

The plunge in people going out may have influenced the recent fall in daily cases, they said.

But the increase in activity could mean more infections in a couple of weeks, because the virus takes time to take hold.

The findings raise concerns that the current restrictions may not be enough to bring down infection rates, especially with the faster spreading variant circulating.

However, the Department of Health said that the study did not yet reflect the impact that the national lockdown was having.

But Professor Elliott warned that pressure on hospitals will not decrease unless infection rates were reduced.

He said: “There’s no question that there is tremendous pressure on hospitals. The NHS is very, very resilient and all sorts of contingency measures are being brought in.

“But we do need to get the prevalence rates down because if we don’t then we will just see the same pressure from the prevalence to hospital admissions, to ICU admissions and then sadly to deaths.

“The vaccine programme is fantastic that it’s being rolled out, but it will take time to have an effect on transmission and on prevalence of the virus. In the meantime we’ve really got to double down on the public health message: wear face covers, keep your distance and wash your hands.”

Professor Riley said people were right to be optimistic that vaccines will help control the virus eventually but the effect will not kick in for many weeks or even months.

Both men noted that their findings were based on only around 10 days of data and the trend could change.

They will present an updated report next week.

Linda Andersen last had physical contact with her mum Teresa on April 23 in hospital.

Linda, 63, said: “A couple of days ago I phoned mum. Despite my assurances she was under the impression I had died. She said she thinks it was a trick and won’t believe I’m alive until she sees me in person. She is well looked after but I only have window visits and phone calls.”

The Department of Health said: “Close contact indoor visits even when supported by testing cannot take place other than in exceptional circumstances.”

One of the 96-year-old Tipton Twins has died from COVID-19 – two days before being offered the vaccine, writes Chris Riches.

Lilian Cox and Doris Hobday, from Tipton, West Midlands, were believed to be Britain’s oldest identical twins and frequently appeared on TV.

Both tested positive earlier this month. Tributes were paid to Doris yesterday after news of her death on January 5 was announced on ITV’s Good Morning Britain.

Her family said: “Doris was only a few weeks away from being safe, with her vaccine letter arriving two days after her death.” Lilian is said to be “battling hard”.

GMB presenter Piers Morgan said: “They brought such a ray of sunshine to our lives during the first wave of this pandemic with their humour.” 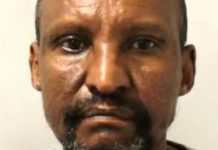 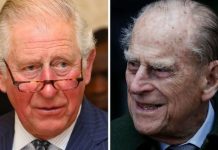 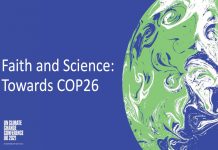