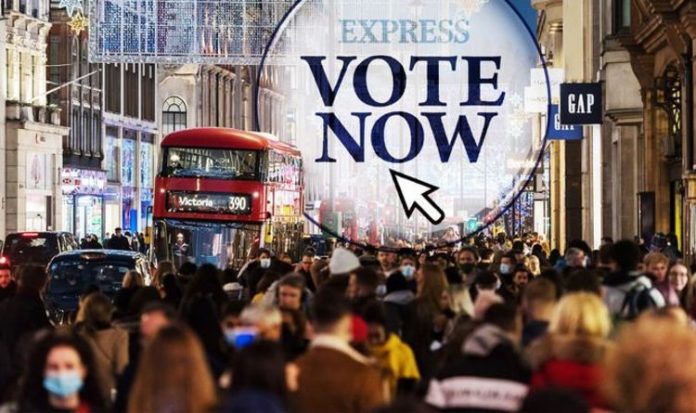 Health experts have warned relaxing covid measures for five day over Christmas could spark an “unrelenting tsunami” of fresh cases. Up to three households will be allowed to mix between December 23 and 27, while travel to and from Northern Ireland is also permitted on December 22 and 28.

Wales and Northern Ireland have already announced post-Christmas lockdown to contain the predicted surge in cases and England may follow suit with the introduction of “Tier 4” restrictions which could mean travel bans, school closures and the shutdown of all non-essential shops and services.

Schools Minister Nick Gibb said “we rule nothing out” when asked about the possibility of a national lockdown after Christmas.

He said: “We think the tier system is a very effective way but we rule nothing out.

“This Government is absolutely determined to tackle this virus.”

More than two-thirds of the population will be living under Tier 3 measures from tomorrow as the Government tries to stem rising infections which have led to fresh concerns about households mixing over the festive period.

London and Hertfordshire joined most of northern England and the Midlands in highest tier earlier in the week.

But the Government may be left with no choice but to introduce a “Tier 4” if the existing measures fail to contain the spread of the virus as the number of infections continues to soar.

A Whitehall official said: “There is a case for going further than Tier 3 and it is getting stronger.

“That could mean the closure of non-essential retail, stay-at-home orders. That would have to be actively considered in conversation with the local authority.”

Professor John Edmunds, a member of the Sage scientific advisory panel said measures were likely to have to be tightened after Christmas.

He told Sky News: “At the moment it doesn’t look like the tier system is holding the epidemic wave back, unfortunately.

“So I think we are going to have to look at these measures and perhaps tighten them up, we really will.

“It’s a horrible thing to have to say but we are in quite a difficult position.”

She said: “After a difficult year, it is everybody’s instinct to want to be together and see loved ones – especially those who live far apart or feel isolated. But what is at stake is coming into sharp focus.

“Travelling and family visits associated with this time of year will undoubtedly lead to more cases, more pressure on NHS and care services, and more deaths.

“By turning the second and third waves into an unrelenting tsunami, we would begin 2021 in the worst possible way.”