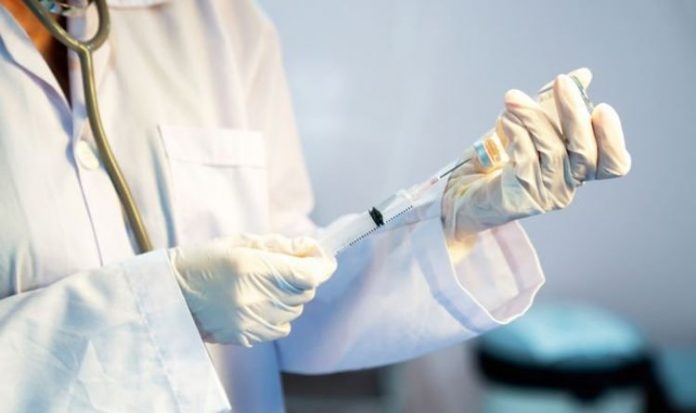 The jab developed with AstraZeneca is expected to be approved in the UK and India this week, potentially as early as tomorrow or Tuesday. This has been hailed as a game-changer because unlike the existing Pfizer BioNtech vaccine, which the UK was the first to approve globally, but needs to be kept at -70C, the Oxford one is much easier to store and transport.

The Government has ordered more than 100 million doses of the Oxford vaccine and 40 million of these will be available at GP surgeries nationwide by the end of March.

Last night it was reported two million people could be vaccinated within a fortnight of the vaccination programme being ramped up from January 4 following the approval of the Oxford jab.

Dr Gillies O’Bryan-Tear, chair of Policy and Communications at the Faculty of Pharmaceutical Medicine, said: “Approval of the Oxford AstraZeneca vaccine is very imminent and this is wonderful news.

“It should help ease the bottleneck for critical patients who cannot get available vaccines of the Pfizer jab, though there may still be bottlenecks to deliver many vaccine doses in a short space of time.”

Leading epidemiologist Professor Neil Ferguson, a Government adviser on the Covid-19 lockdown earlier this year, has recently said the curve of infections will flatten within three weeks to a month because schools are out and because of the new Christmas restrictions.

In response, Mr O’Bryan-Tear said: “There will still be measures in place in January. However, by the time we get the vaccine out and start to see the death curve of elderly and vulnerable people start to drop as a result, there will be and should be political pressure to ease restrictions. My prediction is that this will happen as early as mid to late February.”

He added: “We will still have problems with our economy to deal with and a backlog of health problems but by next summer we should be able to be more or less normal and go on holiday again.

“One thing I think would help is an idea put forward by Tony Blair, which is that we should be holding back the second dose for those already vaccinated but instead use that to vaccinate more people.

“We know one dose provides some protection and evidence shows that even if you delay the second dose for eight weeks it doesn’t matter. You still get full protection.”