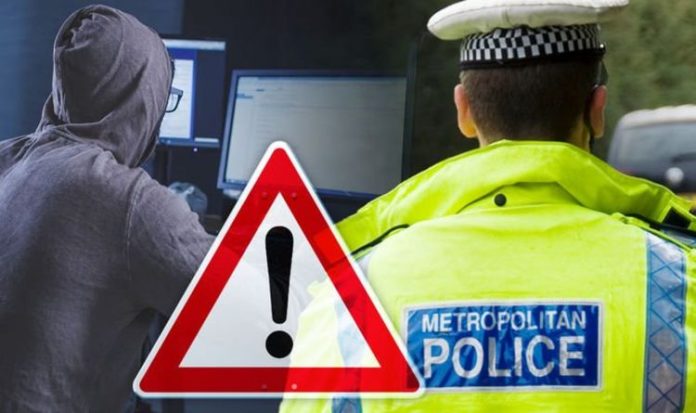 The Met arrested a man who had approached two women at the Stratford Centre, east London on January 29. The scammer claimed to be a police officer who told the two victims they had breached coronavirus restrictions. He then escorted the women to a cashpoint where they paid £500 before he was soon arrested by officers at the scene.

Commenting on the incident, Detective Inspector Vince Fedder, from the Met’s North East Criminal Investigation Unit, asked the public to be vigilant.

He said: “Thankfully officers were on scene and quickly dealt with this incident.

“However the public need to be aware that some people may well see the current emergency as an opportunity to exploit others.

“I appreciate that these are frightening and lonely times for many people and we want to be careful not to cause further distress or worry.

“However, a general conversation on how to spot a bogus officer may stop someone falling victim to these scams.

“If you think that you, or anyone you know, has been the victim of such a fraud, then please contact police on 101.”

DI Fedder also warned police officers will identify themselves if they need to speak to a member of the public.

They will also never ask for remote access to your own computer or ask you to click a link to participate in an investigation.

Local councils had reported an increase of 40 percent in reported scams between July and the beginning of the pandemic.

Between July to December, Barclay’s bank showed that fraudulent activity rose by more than 66 percent.

Investment and impersonation scams made up 29 percent of the highest value claims.

Katy Worobec, managing director of economic crime at UK Finance said: “During this pandemic we have seen criminals using sophisticated methods to callously exploit people’s financial concerns to trick them into giving away their money or information.

“We urge people to follow the advice of the Take Five to Stop Fraud campaign to keep their money and personal information safe from fraudsters.”

Some criminals have even claimed to be part of the test and trace scheme in order to claim personal details.