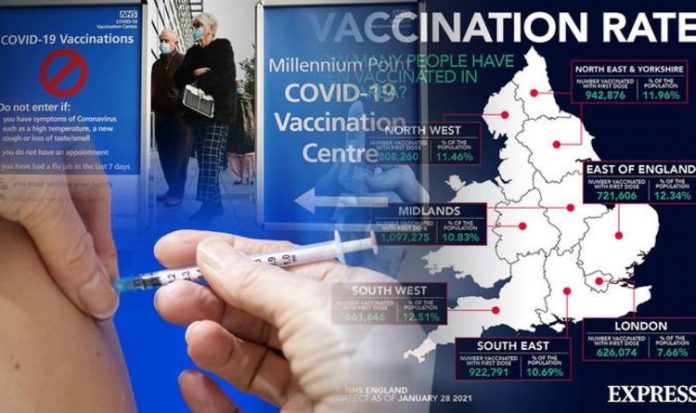 According to NHS statistics about the vaccine programme published on January 28, covering the period from December 8 to January 24, London is lagging behind in the rollout of the vaccine.

The data revealed, a total of 5,792,159 people have received the first dose of the vaccine.

This brings the total percentage of people to have received the first dose according to the entire English population to 10.93 percent.

An additional 440,425 people have received the second jab as well according to the figures.