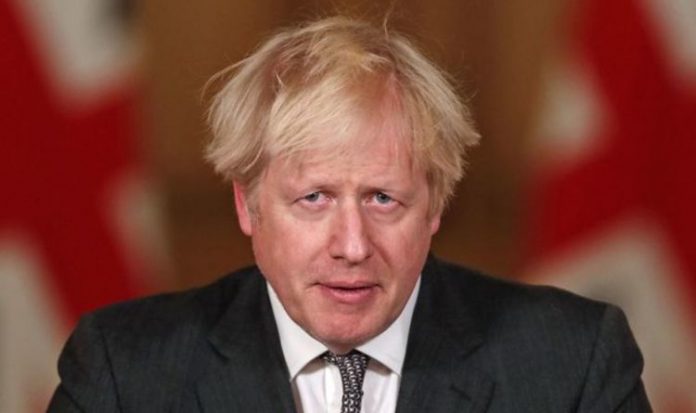 Australia has largely eliminated community transmission of coronavirus but continues a battle to contain small clusters of the disease in the country’s biggest cities, Sydney and Melbourne. On Tuesday, the country reported 429 new coronavirus infections, with the total number of new cases standing at 28,523. The UK on the other hand, is reporting close to 60,000 new cases per day at present, with the total now surging to 2.7million.

Britain began administering the Pfizer/BioNTech vaccine last month, with the jab from Oxford University beginning its rollout on Monday. So far, more than one million Britons have been vaccinated.

But Australia’s population of 25 million people are unlikely to start receiving vaccine jabs until March – putting it a long way behind the UK and several other countries around the world.

This has piled pressure on Mr Morrison to accelerate the country’s vaccine schedule, but the Australian Prime Minister is refusing to be rushed into anything.

He has insisted Australia “is not in an emergency situation like the United Kingdom”.

Mr Morrison also said Britain is in the “in the very early phases” of the vaccine rollout”, adding “they’ve had quite a few problems, and they’re doing it on an emergency basis”.

He said: “They’re not testing batches of vaccines before they’re disseminated across the population, is my understanding,” before adding Australia would carry out such testing.

Recently, Australian Premier Mr Morrison has insisted mass-vaccination efforts in the likes of Britain and the US would provide the country with more data about the safety of the vaccines than clinical trials could.

READ MORE: ‘It’s been hell’ Distraught father of 5 reduced to tears over lockdown

Australia has so far agreed to buy almost 54 million doses of the University of Oxford/AstraZeneca vaccine, with 3.8 million to be delivered in the early part of this year.

The country has also struck a deal for 51 million doses of the Novavax vaccine 10 million doses of the Pfizer/BioNTech jab early this year, while it had also invested in a domestic vaccine at the University of Queensland that was scrapped while still undergoing testing.

He called for the distribution of a vaccine to begin immediately after the Australian Therapeutic Goods Association (TGA) made its decision on the Pfizer vaccine, as opposed to waiting until March.

Mr Albanese said that while his Labor party backed the Association doing its work “without interference”, he warned it makes “no sense” to delay the vaccine rollout once approval was granted.

The Opposition leader added: “Also, there’s only been provision made for 10m doses (of the Pfizer vaccine) – quite clearly we’re going to need more than that.

“And so we need more vaccines, more quickly.”

But the comments to fast-track a vaccine were slammed as “very dangerous” by Mr Morrison.

Allen Cheng, the current Chair of the Advisory Committee for Vaccines, insisted “we can afford to wait for the TGA to do its job and make sure we’re getting a safe, effective and quality vaccine”.

He also wrote on social media: “It is worth noting that other regulatory agencies have generally given ‘temporary’ approvals or ‘emergency use authorisation’ reflecting that not all the data is available yet.” 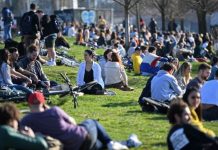