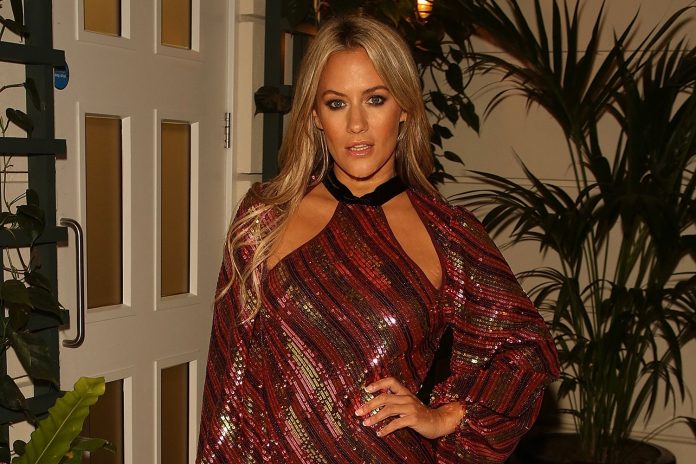 The CPS wanted to offer a caution to TV star Caroline Flack after her arrest for domestic violence but the Met Police pushed for a criminal prosecution, an inquest has heard.

Ms Flack was detained on December 12 last year on suspicion of assaulting her partner Lewis Burton, and was held in police custody while a decision was made on whether she would be charged.

The TV presenter was subsequently charged with assault by beating over the incident, but killed herself at home in north London while awaiting trial.

Lisa Ramsarran, a deputy chief crown prosecutor for the CPS in London North, said police evidence, including bodyworn camera footage from the arrest, witness statements, and a 999 call from Mr Burton, were submitted by the Met for a charging decision.

“The initial prosecutor who considered all of that evidence came to the view, applying the code of crown prosecutors, that there was sufficient evidence to support a charge”, she said.

“But because Caroline had made admissions she determined a caution would be an appropriate disposal.”

She told the inquest the 999 call including Mr Burton suggesting “he had a cracked head and that Caroline was in effect beating him up and was breaking stuff”, said Ms Ramsarran.

“Also recorded on the call was Mr Burton suggesting Caroline was trying to kill him, and he asked for assistance at the address.”

Detective Inspector Lauren Bateman said she was involved in challenging the CPS’s initial decision, filing an appeal while the Love Island presenter was still in custody.

“I was approached by a colleague dealing with Caroline Flack to appeal a CPS decision not to charge the case and rather offer a caution, which I felt was not appropriate and not the right decision.

“Our involvement was to appeal against the CPS decision.”

Ms Ramsarran said the initial decision not to charge was made on “public interest grounds”, as Ms Flack had accepted responsibility for the injury, but the police disagreed with the assessment.

“She did say she had been reading text messages on his phone which she felt confirmed her suspicious regarding his fidelity”, she said.

“She also had her own mobile phone in her hand while reading those messages. Caroline’s version of events was she had tapped Mr Burton on the leg in an attempt to wake him up. She then did a flicking gesture and made contact with his head at a time when she still had her phone in her hand.

“She said she was surprised after to see there was an injury that was then bleeding.”

She said the police appealed on the grounds that it was not a full admission by Ms Flack in her interview, an object had been used in an attack, and Mr Burton was “vulnerable” at the time as he had been sleeping.

A CPS legal manager allowed the appeal and Ms Flack was charged, being released on bail to attend court just before Christmas.

Asked about the family’s claim that it was wrongly suggested a lamp was used in the attack, Ms Ramsarran said Mr Burton had said he believed a lamp or a desk fan was brandished.

But in police interview, Ms Flack admitted using a mobile phone to strike him.

“That matter was never resolved but the prosecution case was Mr Burton was hit with an object, and it was sufficiently forceful to cause the injury the officers noted at the scen”, Ms Ramsarran added.

She said Mr Burton had “made it clear from the outset” that he would not support a prosecution, but the case was pushed on to trial without him.

Ms Flack’s defence team indicated at the first court hearing that their case was the “force used was not unlawful”, arguing it was actually an accident.

The inquest earlier heard Ms Flack refused to seek medical help after a drug overdose the night before she died over fears a trip to hospital would be leaked to the media.

She was seen by London Ambulance Service paramedics on Valentine’s Day night after she took an overdose of prescription drugs at her home.

Friends of Ms Flack say they pleaded with her to go to hospital over finding her slumped barely conscious on the sofa, but she refused to cooperate with paramedics over publicity fears.

One of the friends, Mollie Grosberg, told the inquest today: “I got very irritated with Caroline, saying ‘you have to go, you need them to look after you’.

“I suggested they would try and keep it a secret that she was there.

“I didn’t think she was in the right mind to be saying whether she could be going or not going.”

Paramedic Kristy Plummer said they wanted her to get further medical assistance, but added: “We had to figure out what the best option was.

“She said she didn’t want to go due to privacy and that the media found out last time.”

Fellow paramedic Tony Rumore said he assessed Ms Flack and believed she was “coherent” and able to know her own mind, saying he had no powers to force someone in their own home to go to hospital.

He and Ms Plummer both told the inquest they had no idea Ms Flack had previously taken drug overdoses, but Ms Grosberg insisted another friend, Louise Teasdale had passed on that information.

“Louise went to let the paramedic in, and when coming up the stairs with the paramedic – I was with Caroline – she gave a brief history of trying to commit suicide before”, she said. “She did tell him.”

Ms Teasdale told the inquest: “I took the opportunity to make him aware there had been suicide attempts in the past, just so they were aware.”

When the paramedics left, they said Ms Flack was being cared for overnight by her friends and a plan had been formed for her to seek mental health advice through her GP the next morning.

“I was very very angry they left”, said Ms Grosberg. “I felt we were just left to deal with this. We are not medical professionals and were told to book an appointment the next day.

“It was the responsibility of the medical professionals to look after her, not to ask her friends to babysit her.”

Mr Rumore, who with his colleague said they did not know Ms Flack as a celebrity, defended his actions that night but said it has been a “massive learning experience”.

He added: “My recollection is we weren’t told there is any past medical history, based on what I’ve got documented at the time.”