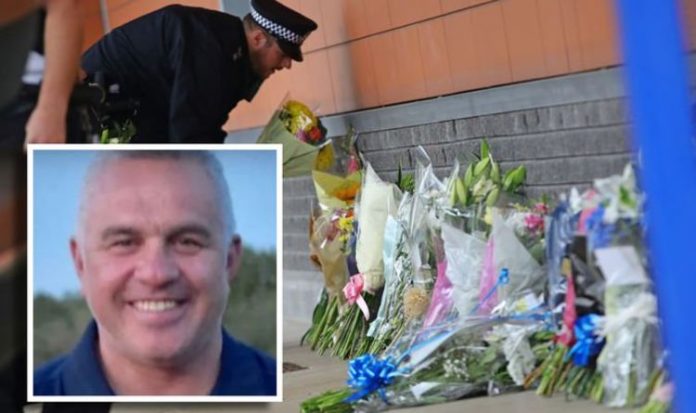 Sgt Matt Ratana, died after he was shot at a police station in Croydon in the early hours of Friday Morning. Mr Ratana, died in hospital after the gunman, who was being detained, opened fire at Croydon Custody Centre in south London.

Who was Sergeant Matt Ratana?

The officer killed in Croydon has been named as long-serving sergeant Matiu Ratana, known as Matt.

The 54-year-old has been described as “much loved” by Metropolitan Police Commissioner Dame Cressida Dick.

Tributes have been paid to Mr Ratana who is said to have joined the force nearly 30 years ago.

“Five years later, in 2015, he moved to Croydon, where he worked in response, in neighbourhoods and then our detention command.”

She explained how at school Mr Ratana found a love for rugby, something which he maintained throughout his life.

The police commissioner said: “After Otago University, he came to London in 1989 and played for London Irish.

“He was a leader in his sport, well known as a player in several teams including the Met Police, and as a coach, most recently at East Grinstead.”

Police colleagues have also paid their respects to Mr Ratana.

Community police officer Jacqueline Kufuor said: “Sgt Ratana was a lovely guy” and “the nicest man I have ever met”.

She said: “He was a very lovely man. He was such a nice man. When he sees you, he would just stand and talk to you.

“He would ask you about your job and how you’re coping and how you are doing out there. So when I ever had issues, I would just talk to him.”

Mr Ratana is thought to originally be from New Zealand, and some tributes to him feature a silver fern – seen on the country’s flag.

The officer was described as “an inspiration” by a friend who knew him from playing rugby together at East Grinstead Rugby Club, where he is also listed as a head coach.

The 27-year-old friend, who would only give his name as Paul, said: “We all looked to him – on the field or off the rugby field… losing that is big.

“The man was a machine. He went from training with us last night to come to his shift work here in Croydon. He would do that week in and week out.

“He bought into the whole family atmosphere that we had at the club.

“A few of my team-mates (on hearing about his death) are just not sure how to take it.”

“The suspect, a 23-year-old man, was arrested by regular patrolling local officers for possession of ammunition and possession of class B drugs with intent to supply in Pollards Hill, SW16, after a stop and search.

“He remains in hospital in a critical but stable condition.

“Our investigation is led by homicide investigators from the Specialist Crime Command. We are not treating it as a counter-terrorism incident. We are doing all we can to establish a motive for the murder.

READ  Urging Syria’s cooperation with the UN and OPCW

“Having retrieved CCTV and body-worn video, the footage is being reviewed in detail and we are working closely with the Independent Office for Police Conduct.

“I understand the great concern about how this happened and we will establish the facts.

“We owe it to Matt, his loved ones and all other officers. But we need to give investigators space to do their job. Speculation at this time is unhelpful and may even harm our efforts.

“Every day, the Metropolitan Police arrest several hundred suspects, many of them violent criminals who pose a risk to the public.

“The safety of my officers is a top priority and very close to my heart. We are a large, professional, resilient, and very experienced police service.

“As we mourn the loss of a much-loved colleague, senselessly killed, be under no illusion that our resolve to protect the public and to tackle violent crime – whoever may be responsible for it – will be undiminished.”