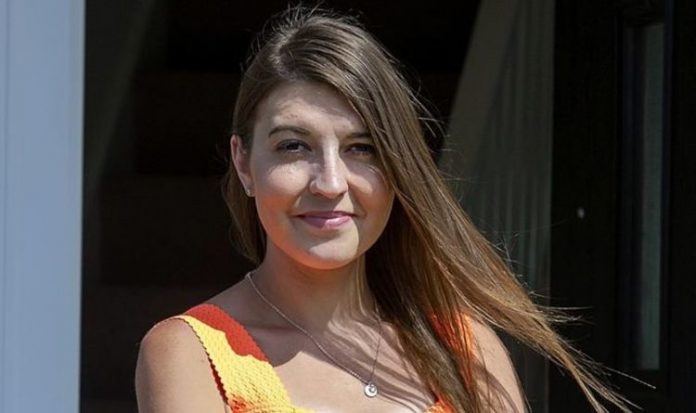 Kaftrio, made by US firm Vertex, has been dubbed “almost a cure” for the cruel genetic condition. The Daily Express has been campaigning with families for the treatment to be made available here. After more than 200 Express articles about CF, NHS England finally signed a Kaftrio deal in June, followed by Wales, Northern Ireland and Scotland. Now the NHS can finally roll it out to patients after the EU, which is still in charge of regulating UK medicines, officially granted the pill a European licence yesterday.

Last autumn, the Daily Express celebrated with families after the UK agreed NHS deals for Vertex’s other life-saving CF treatments Orkambi and Symkevi.

Now, families have celebrated again after the firm’s latest drug was given the go-ahead.

Sharon Cranfield, 54, from Tadworth, Surrey is mother to 19-year-old sufferer Jessica. She told us: “After years of battling it feels great that Kaftrio is finally here.”

Alison Dillon, 53, mother to sufferer Oli, 22, of Sevenoaks, Kent, said: “We have literally been counting down to this day for months. It’s unbelievable.” Yesterday, NHS national medical director Professor Stephen Powis said: “This landmark deal has put NHS CF patients at the front of the queue for transformational treatment.

“The NHS has developed world-leading commercial capabilities, enabling us to strike such landmark deals with the pharmaceutical industry and support people with cystic fibrosis to lead longer, healthier, ­better quality lives.”

The UK deal will last four years, at which point it will be re-evaluated by the NHS drugs appraiser.

David Ramsden, of the CF Trust, told the Daily Express: “It’s thanks to a huge community effort that these medicines are now available for so many ­people with CF.”

‘I never thought I’d be so lucky’

Daily Express writer and CF sufferer Carlie Pleasant revealed her joy yesterday as Kaftrio became available in the UK for the first time.

Carlie, 30, of Sittingbourne, Kent, said: “Kaftrio is the drug I never thought I would be lucky enough to receive.

“From reading articles by CF patients in the USA, it is almost unimaginable to think I could become healthy enough to live a life as normal as that of my close friends and family.”

The married mum added: “This is something I had silently accepted I never would experience. Life as I know it is going to change for the better because of this wonder drug. Now instead of me falling increasingly poorly I will have the tools to gain weight, muscle, lung function and absorb food correctly – and will have a better chance of fighting those nasty bugs that have been my dangerous downfall.

“This truly is a dream that has come true.”

Treatment will help Ethan, 12, be scientist

Schoolboy Ethan Young knows Kaftrio would help him – as he dreams of being a scientist when he’s older.​

​The 12-year-old was born with painful bowel problems, a common symptom of cystic fibrosis in babies.​

It may add decades to my life

Doctors feared CF sufferer Robyn Ashcroft was dying in March after infections attacked her liver and left her struggling on a ventilator.​

​Five months after she was given compassionate Kaftrio, her lung function shot up from 18 to 33 percent and she can take a full deep breath.​

​Explaining how Vertex’s remarkable drug saved her life, Robyn, 23, of Wigan, said: “I have never felt better.​ I just think the drug is amazing.

“Our lives should not be a constant appeal for life. CF sufferers should not have to beg to get Kaftrio.​

​“This could add decades to where my life was before I got it.

“You can’t believe how good it is until you take it.”​​

​​Now Ethan, who lives with his mum Rachael and sister Emily, 14, in Norwich, has been shielding from Covid-19 for the past three months.​ Rachael said: “He used to have a lung function of 100 per cent but now it is in the 50 percent area, we think due to him catching a nasty infection called nontuberculous mycobacteria.​

​​“Kaftrio could correct the underlying issue with his lungs and battle the bacteria.

“The drug is amazing and will help get rid of the warm, moist and sticky environment the bacteria love to live in.”