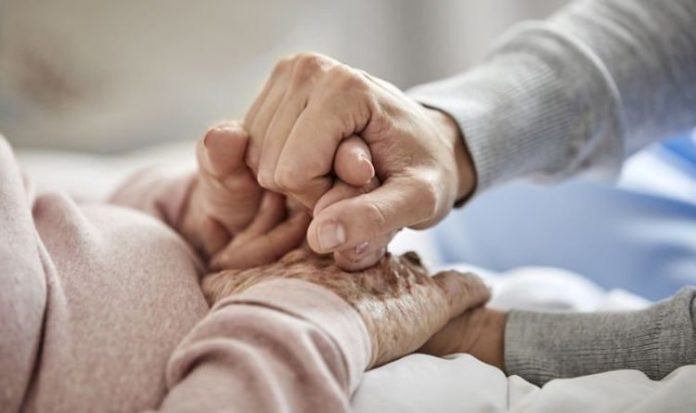 We are calling for urgent action from the Government to help ­thousands struggling financially in the face of the pandemic. A legion of hospices – homes ­providing care to those with an incurable illness – find themselves under unimaginable pressure as ­winter bites. The average adult hospice in England gets 32 per cent of its ­funding from health budgets while children’s hospices get 17 per cent. It means most rely heavily on community fundraising events to keep their heads above water – activities decimated by Covid. A recent survey by Hospice UK found 93 per cent of facilities feared people with end-of-life needs could miss out on vital support.

This is largely as a result of social distancing measures and a drop in community fundraising. More than two-fifths said they would have to slash services to people with ­palliative and end-of-life needs.

“Many hospices are struggling to cope with a fall in community ­fundraising and the closure of charity shops, which collectively bring in around 70 per cent of income.

“We get just 17 per cent of our funding from the NHS, so we rely heavily on donations from our ­community. The effects of Covid-19 have seen a 75 per cent reduction in funding from events and community sources, while experiencing increased demand for our services.”

At the height of the first wave of the pandemic hospices were caring for 24,000 people a day – three times more than the same period in 2019. In the first month alone ­hospices had lost £70million as ­fundraising all but stopped following the national lockdown.

It is clear the Government must do more to help hospices get through the crisis (Image: Getty )

The Government gave hospices a £200million handout to help get through the ­crisis, but it is clear that more needs to be done.

Hospice UK said almost three quarters were having to reduce day services in hospices as a result of the pandemic, while 43 per cent feared they could reduce them by up to a half.

Jonathan Ellis, director of ­advocacy and change, said: “With stricter social distancing measures now reinstated across the country, opportunities for the public
to raise money for the hospice sector are even further from reach.

“And while we are very grateful for the previous ­emergency funds from the Government, the sector is now struggling and needs more sustainable funding. This crisis has laid bare the fragility of a system that relies so heavily on ­charitable giving to fund core health and care services for people affected by terminal illness.

“Increasing numbers of Covid-19 patients in hospital, and more ­people dying, means the expertise provided by the hospice sector to care for those at the end-of-life is vital as the country heads into the winter months.

“Cuts and redundancies would not just be disastrous for the sector, but for the nation as a whole.”

We know you are under intense pressure in handling the challenge of Covid. But we must highlight one of the grim consequences of the pandemic’s impact, which urgently needs to be addressed. This is the funding crisis that has gripped the hospice care sector, putting its vital services at risk.

In Britain there are more than 200 hospices which provide palliative care to around 225,000 terminally-ill people every year. Such support, cherished by vulnerable users and their families, is the very essence of humanity and a bulwark of compassion. But it has never been more necessary than today, with the coronavirus death toll now past the tragic milestone of 50,000 and continuing to rise.

Indeed, at the peak of the first wave in April, hospices were looking after 24,000 people a day, three times the number for the same period in 2019. As winter approaches and the second wave still rages, the next few weeks could be even tougher.

Despite their importance to our society, hospices receive only limited funding from your department.

The average institution receives just 32 per cent of
its backing from the official health budget, while the figure for the average children’s hospice is even lower, at 17 per cent.

The majority of income therefore has to come from charitable fundraising and it is here that the pandemic is causing real damage.

A genuine cash emergency has now developed as revenues dry up and reserves dwindle.

Due to lockdowns and social restrictions, fundraising events like the London Marathon and regular coffee mornings have been cancelled. Charity shops, another crucial source of funds, have remained shut. The decline in household incomes, fuelled by job losses and financial insecurity, has badly hit donations.

The results are dire. One survey of 147 hospices last month by Hospice UK found that 80 per cent of them are planning to make redundancies at the very moment when staff are so badly needed.

A genuine cash emergency has now developed as revenues dry up and reserves dwindle (Image: Getty )

The Marie Curie charity, which says that it was “already stretched to the limit before the pandemic” now warns that things will get “really, really difficult”.

Similarly, the Sue Ryder charity, which runs six hospices and faces a £2million shortfall each month, predicts that end-of-life care “just won’t be there” if the present crisis continues.

In our paper today, we reveal the problems faced by the Willow Wood Hospice in Greater Manchester, which has long been supported by the generosity of the Coronation Street team.

The hospice has to raise £2.8million every year to survive, but that has become a real struggle with the advent of Covid.

“Now our charity shops are closed once again and fundraising events are cancelled, our income this year has dropped dramatically,” says Mark Llewellin, one of the charity’s patrons.

An auction of jewellery kindly donated by Julie Goodyear, the much-loved actress who played Corrie’s barmaid Bet Lynch, should bring in some cash.

But this can only be a temporary local fix. What is required is a more sustainable, long-term solution from your Government for the whole sector.

We know that your Government gave a cash injection of £200million in April but the need is even greater today. Without urgent additional funding by you, the quality of palliative care will drastically diminish.

You recently spoke in a TV interview of your admiration for the work of hospices which you rightly said “do an incredibly important and difficult job”. You added that “I want them to get the support they need”.

Now is the moment to live up to that fine rhetoric. There has already been too much neglect of the elderly and the vulnerable during this crisis.

How we treat those facing the end of their lives is a key indicator of our society’s moral strength. Thank you for considering this plea.