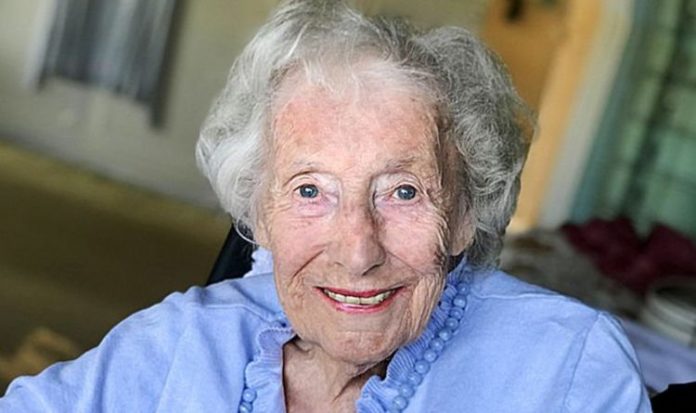 The stunning hand-painted gold, pearl and diamond bracelet has an enamel bluebird swooping over the famous landmark in honour of Dame Vera’s morale-boosting 1942 song, The White Cliffs Of Dover. Created by the Queen’s jeweller Harry Collins to mark Dame Vera’s 90th birthday, it was sold online yesterday at Christie’s Important Jewels sale. Proceeds will go to The Dame Vera Lynn Children’s Charity, set up by the star in 2001 for youngsters affected by cerebral palsy.

Dame Vera, who died aged 103 in June, was dubbed the Forces’ Sweetheart following a 1939 Daily Express poll in which servicemen voted her their favourite entertainer.

Her daughter Virginia Lewis-Jones said she was proud of the difference her mother made through her work for good causes.

She added that the children’s charity “always held a very special place” in Dame Vera’s heart.

Dame Vera was best known for performing hits such as The White Cliffs Of Dover and We’ll Meet Again to troops in countries including India and Egypt.

At 22 she had sold more than a million records and this year she beat her own record to become the oldest artist with a top 40 UK album.

It happened during lockdown in May, when her greatest hits collection re-entered the charts at number 30.