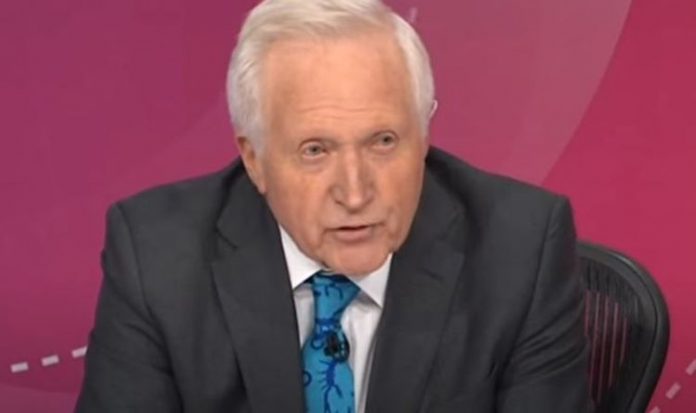 Legendary broadcaster David Dimbleby has revealed he may throw his hat in the ring to be the next BBC Chairman. The hunt for the next head of the BBC Board is underway with Prime Minister Boris Johnson understood to have favoured former newspaper editor Charles Moore, before he ruled himself out. Mr Dimbleby explained to BBC Newscast why this news had tempted to apply for the important role.

He told listeners: “I was horrified when I learned that Charles Moore had been lined up for the Chairmanship, not because of his political views, but because he hates the BBC.

“I thought that for Johnson to put in post somebody who hates the BBC was very dangerous for the BBC.

“We know no politician has ever liked the BBC – Harold Wilson was against us, John Major was, Margaret Thatcher certainly was, Boris Johnson is.

“The BBC is a thorn in the side of Government, and that’s its job. Therefore it’s always disliked by Government.”

Mr Dimbleby continued: “I gather it absolutely was Johnson’s intention to put Charles Moore in.

“So when it was announced, at that point, I was going to put my name forward to be Chairman.

“I was going to do it explaining why I believed in the BBC. Of course, that’s faded now because Moore’s withdrawn.

“I didn’t want somebody with Charles Moore’s views as I’ve read them over and over again in the Telegraph and the Spectator, his views on gay marriage, on race relations, to become Chairman of the BBC. I think you need somebody with a much more open mind.”

Mr Dimbleby insisted he still might apply depending on who comes forward for the role, assuring that he would wait to see who the candidates are.

He warned nobody would want a Chairman who “connives” in the Prime Minister’s ambition to “bring the BBC to heel”.

The Chairman is responsible for maintaining the independence of the BBC and overseeing the functioning of the BBC to fulfil its mission.

Mr Moore ruled himself out of contention for the role after his past comments about minority groups were placed under scrutiny.

David Clementi, the current Chairman, is due to step down when his term ends in February 2021.