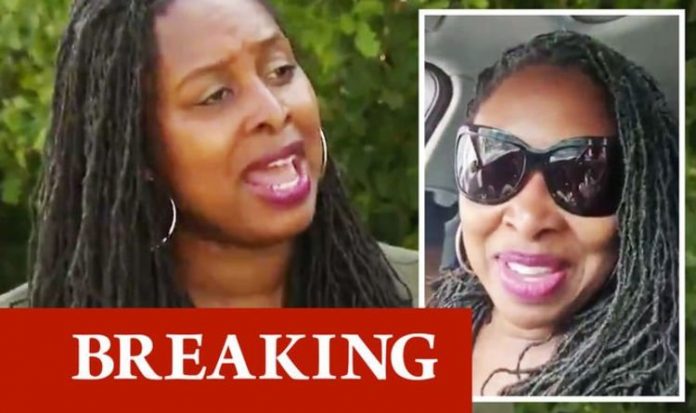 Sir Steve said the officers had acted properly, and it was “unfair” that police should have their actions hastily posted and scrutinised on social media, rather than being reviewed through proper channels.

He said in a statement: “The officers in this case came into work on Sunday to keep Londoners safe.

“Officers expect to be scrutinised and there are existing, appropriate and proportionate processes for making complaints and for facts to be established, and on the occasions where there is fault – unlike this case – for consequences to follow.

“The increasingly routine trial by social media is unfair and damaging to individual officers and has the potential to undermine the role our communities need us to do to protect them and keep them safe from violence.”

Sir Steve said he had discussed with Ms Butler her concerns over why the stop was made, adding she had no complaint about how it was conducted.

He said the officers were from the Violent Crime Task Force and were in the area “as part of our proactive work to protect communities from violence”.

Sir Steve added: “Criminals often use vehicles to travel in and to commit crime, therefore officers will often check cars to see if there is anything that requires them to stop it and do further checks.”

“The officers ran a number plate check on the vehicle. At this stage, the officers still didn’t know who the occupants of the car were, including their ethnicity because the car windows were tinted.”

A mistake was made, however, when an officer incorrectly entered the car’s registration into his computer, Sir Steve said, adding that was when the Police National Computer returned details of a car from another region of the UK.

As a result, he said, the officers had decided to conduct further checks by stopping the vehicle and engaging with its occupants.

He said: “I expect officers to have professional curiosity and I would have done the same.”

Having viewed video footage Sir Steve said the officers “acted professionally and politely, explaining why the stop was made and, when realising there was a mistake, explaining this and continuing to answer the occupants’ questions”.

Sir Steve also condemned the abuse some people had directed towards Ms Butler on social media since Sunday.

“It is unwarranted and unacceptable and we are working to support her,” he said.

“We are fed up with individuals being allowed to film my colleagues with impunity and put it out on every social media strand within five seconds, wherever they want, but we’re not allowed under legal grounds… to do the same, to put my colleagues’ body-worn camera out immediately.

“Now, that sounds a bit perverse, don’t you think, because we’ve got nothing to hide.

The federation represents thousands of rank and file officers in the London area.