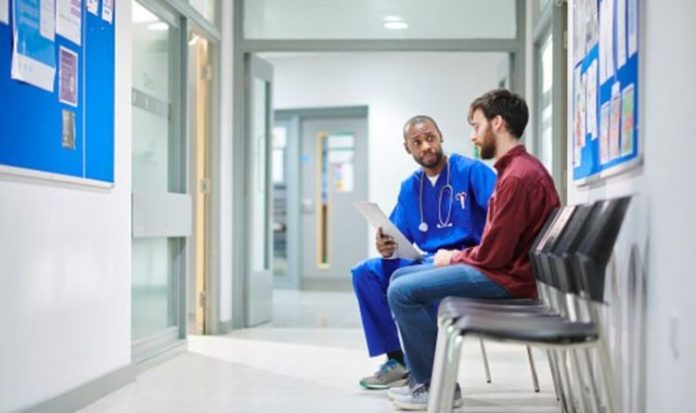 Medics who treated people coming in with injuries and illnesses between 2006 and 2017 failed to pick up 30 percent of serious mental health problems. The number was even higher (38 percent) for people in ethnic minorities, especially those with Black African or Caribbean backgrounds.

But researchers said the data shows promising signs of improvement, with the total number of missed cases shrinking from 52 percent in 2006. However, stats showed 44 percent of schizophrenia cases were missed, along with half of bipolar cases.

The team from University College London believes this could be due to conditions being misdiagnosed as other, less severe, mental illnesses.

The team also said improvements could be down to commitments to “person-centred care”, financial incentives or expansion of services designed to spot links between mental and physical illness.

And possible explanations for the ethnic disparities are NHS doctors finding it harder to detect conditions in people from other cultural groups, language barriers or the stigma felt by patients.

The researchers are now calling for better sharing of data between health services.

Research assistant Hassan Mansour, who led the study, said: “When someone is admitted, it’s important the staff are aware of their other conditions. These might affect what treatments are best.

“We found signs clinicians are more frequently identifying severe mental illnesses in hospital patients than they were a decade ago.”