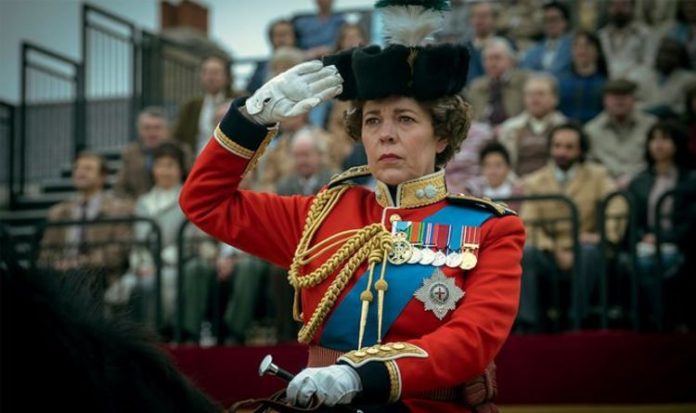 Series four of hit royal drama The Crown has just dropped on the streaming service Netflix. Fans of the show have already been hooked by the fourth instalment of the show, which covers the introduction of Princess Diana to the Royal Family and the rise and fall of Prime Minister Margaret Thatcher.

The series starts off in series one depicting the life of Queen Elizabeth II, after she ascends the throne following the death of her father King George VI.

Although the show covers many historical events in the Royal Family, The Crown is a fictional dramatisation of the past and isn’t true to life.

Fans of the show have been anxiously awaiting the latest series, and although the Royal Family is often painted positively, there are also some parts of the show which do not show the family in the best light.

READ MORE: Did Princess Diana have an eating disorder in real life?

“It slowly dawned on him that the girl was [Princess] Eugenie and her granny was the Queen.”

While we’ll never know for certain whether the Queen has watched the show, or indeed if she even likes it, other members of the Royal Family have commented on the drama in the past.

During a chat on JOE UK’s House of Rugby, the Queen’s granddaughter Zara Tindall was asked who she’d like to play her in the drama.

Zara laughed and said “I hope to God they don’t go that far!” But she joked she’d like Jessica Biel to portray her in the drama.

She said: “He asked what I was doing at the moment before he quickly added, ‘Actually, I know what you’re doing.’

“I was so excited and asked, ‘Have you watched it?’ His answer was a firm no. But he was very charming and very lovely.”