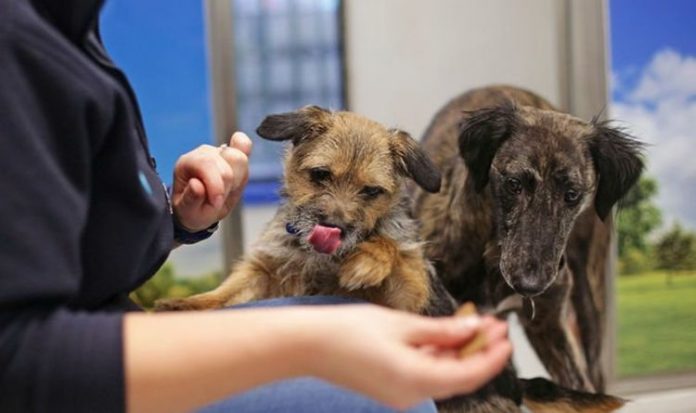 A petition by Dogs 4 Rescue has already gained more than 48,000 signatures. The Manchester group said: “This decision is devastating for the future of international dog rescue. We are calling on every dog lover around the world to take action now to put pressure on Le Shuttle to reverse their draconian decision which appeared with no prior warning.”

Dogs 4 Rescue owner Emma Billington has been unable to book transport for dogs she had committed to save.

She said: “This will be replicated hundreds of times over across the rescue world.”

Following widespread anger, Eurotunnel later said registered charities and businesses would be exempt from the rules.

But Dogs 4 Rescue and many others are community interest companies and not registered charities.

Emma Billington added it would take time to switch the registration, putting thousands of dogs at risk.

Eurotunnel said: “We wish to clarify that these restrictions will not apply to DEFRA-approved transport booked by either registered charities or Eurotunnel Le Shuttle business account holders, where we can be assured that animal welfare standards are being observed.

“We would like to offer our sincere apologies for any distress caused in the meantime…For all of us at Eurotunnel, animal welfare must come first.”

About 250,000 dogs travel to the UK via the Channel Tunnel each year.

It did not explicitly mention illegal puppy smuggling but charities believe high prices for the young animals during the pandemic have spurred crossborder trafficking.

The RSPCA said: “We have real concerns about puppies and dogs who are being brought into the country in large numbers to be sold on to buyers. Many come in with serious health and welfare problems.”

The Department for Environment, Food and Rural Affairs said the issue was a commercial decision for Eurotunnel.