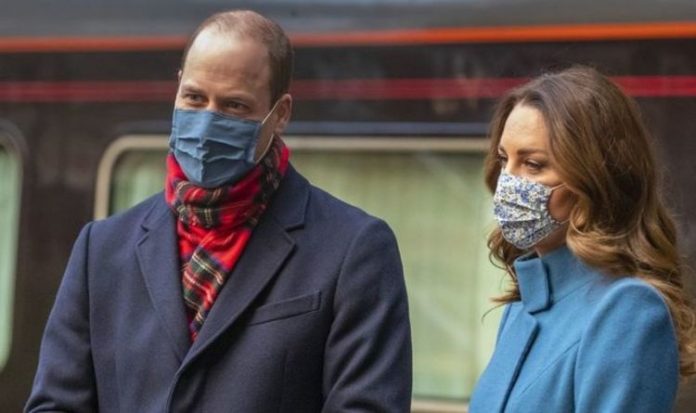 Kate and Prince William’s tour to Great Britain has kicked off this morning as they arrived into Edinburgh Waverley station aboard the Royal Train. The Duchess of Cambridge dazzled in a Liberty print face covering as she stepped out of the Royal Train alongside Prince William.

On the first stop of their tour, Kate donned a smart blue coat and black gloves.

On the other hand, Prince William paid tribute to Scotland wearing a navy coat and a tartan scarf.

The Cambridges’ arrival was accompanied by the sounds of a piper playing Christmas songs including Jingle Bells and Santa Claus Is Coming To Town.