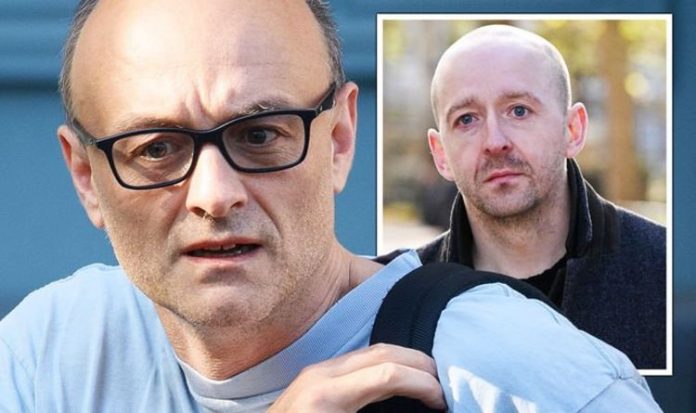 Lee Cain today confirmed that he planned to leave Downing Street by the end of the year. This was despite him being offered a promotion to Chief of Staff. One of the Prime Minister’s closest aides, the Director of Communications Mr Cain has worked alongside Boris Johnson for years, including during the Vote Leave campaign.

His resignation came with suggestions of internal tensions in Downing Street amid the double edged sword of the coronavirus crisis and the end of the EU transition period looming.

Speculation over Mr Cummings’ own future by Mr Johnson’s side has resurfaced, as the BBC claimed allies of Mr Cain “were unhappy about how he had been treated”.

Many political observers have suggested that Mr Cummings’ fixture in British politics was doomed to fail from the start.

This is because, as Jonathan Powell, Tony Blair’s former chief of staff, explained in a previous interview, Mr Cummings has made too much of a name for himself ever to slip below the radar – a key component to what makes a successful adviser to a Prime Minister.

Dominic Cummings: Rumours are in abundance that the PM’s adviser could be next (Image: GETTY)

Lee Cain: The Director of Communications announced his resignation this morning (Image: GETTY)

He told the Financial Times: “On the basis of my experience, the sensible thing for an unelected official in Number 10 to do is keep a low profile.

“If you try to be in the papers every day your political life expectancy is short – and like Rasputin, you end up on the bottom of the River Neva in chains.”

This prediction was made earlier this year, in March: Mr Cummings having since made himself a central fixture of political talk among Britons after his infamous drive to Durham from London and back again during the national lockdown.

UK politics: Cummings has been a thorn in the side of politicians across the spectrum (Image: GETTY)

In an extraordinary press conference this summer, Mr Cummings further expanded his profile by appearing on national television in an attempt to justify his journey.

Mr Powell isn’t the first to suggest the adviser might be out of a job in the near future.

Earlier this year, a source told the Daily Mail that he could be out of No 10’s door by the end of the year

The paper explained that it won’t be political pressure that sees him leave.

Political allies: Cain and Cummings were said to be close allies and friends (Image: GETTY)

Boris Johnson: Cummings has been the PM’s right hand man in some of his toughest political years (Image: GETTY)

Instead, Mr Cummings will likely leave after the UK cuts ties with the EU.

The source said: “He will stay in his job if it seems worthwhile and (he) can improve things – otherwise he probably won’t.”

Politicians across the spectrum have criticised Mr Cummings’ moves as an adviser.

At the beginning of the year, he appeared to break ties with the traditions of the civil service and, in a blog post, called for “misfits and weirdos” to sign up for the jobs on offer.

Brexit: The transition period is coming to a close (Image: Express Newspapers)

In the 2,900-word advert, he asked mathematicians, data scientists, economists, software developers and PR experts to make a career change and join the Government.

A successful applicant, he said, would get the opportunity to work as his personal assistant for a year.

He drew attention to the long history of Britain’s political order, and said: “Yet by and large, the Whitehall model persisted in surviving changes of government over the last 40 years. Britain is regarded as having one of the most efficient and stable government bureaucracies in the world.

Civil service: Cummings called for ‘misfits and weirdos’ to apply for the roles on offer (Image: GETTY)

“His aim is to install a ‘them and us’ model where officials merely carry out the wishes of ministers, focusing on the delivery and implementation of policy.”

Meanwhile, James Slack, a former journalist and one of Mr Johnson’s spokesmen, will replace Mr Cain.

The role of Chief of Staff is still yet to be filled.

It comes as Mr Johnson launches a wider reorganisation of his close advisers and workers, which will also see ex-BBC journalist Allegra Stratton take on a role fronting new daily televised press briefings.