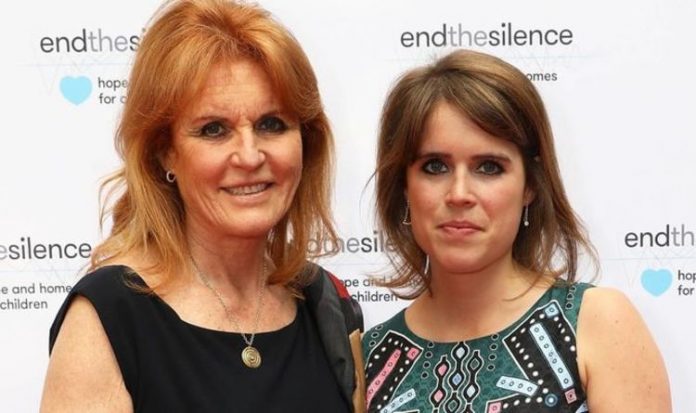 The 30-year-old, who is the Queen’s granddaughter, posted a picture of Lt Victor John Ferguson, who was believed to be her mother Sarah’s uncle. Her tribute added he died on August 21, 1918, at Amiens, France. Eugenie, who is expecting her first child with husband Jack Brooksbank, also asked her followers on Instagram to share their own images of family members and loved ones who served in wars too.

She said: “To celebrate this Armistice Day I asked my followers to send me their heroes who fought for our freedom.

“Thank you to everyone who shared and here are some of the many that I was sent. Enjoy.”

Eugenie then went on to share the photo of her great uncle.

She added: “I was sent this by my family – this is my great uncle Victor Ferguson.”

The black and white picture also had a caption that said: “In memory of Lt Victor John (1898-1918) 2nd Life Guards, eldest son of Brig Gen Algernon and the Hon Mrs Ferguson of Polebrooke, Northamptonshire.”

Other members of the Royal Family paid tribute to fallen soldiers at the weekend.

The Queen, Prince Charles, Camilla Parker-Bowles, Prince William and Kate reunited for the annual Service of Remembrance at the Cenotaph.

This was the first time they had all attended the same engagement this year due to the pandemic.

READ MORE: Princess Eugenie opens up about lockdown ahead of royal baby arrival

Eugenie’s touching post came a day after she also spoke about her experiences during the pandemic.

She admitted she feels “very lucky to have had her health throughout both lockdowns” this year.

She added she is “grateful that her father-in-law is alive” after George Brooksbank spent five weeks on a ventilator during his coronavirus battle in March.

Speaking with the co-creator of charitable accessories firm Together Band, Cameron Saul, Eugenie said: “Lockdown’s been OK for me. I can’t believe we’re on lockdown 2.0, as everyone’s calling it…

“I’m very lucky to have had my health throughout number one and number two and I just can’t really begin to imagine what people are going through, who are getting ill.”

She also touched on her 71-year-old gather-in-law, who recovered and returned home earlier this summer.

She said: “My father-in-law was quite ill in lockdown one.

“So I am so grateful that he is alive, that there are so many incredible people out there fighting for everyone’s lives.”