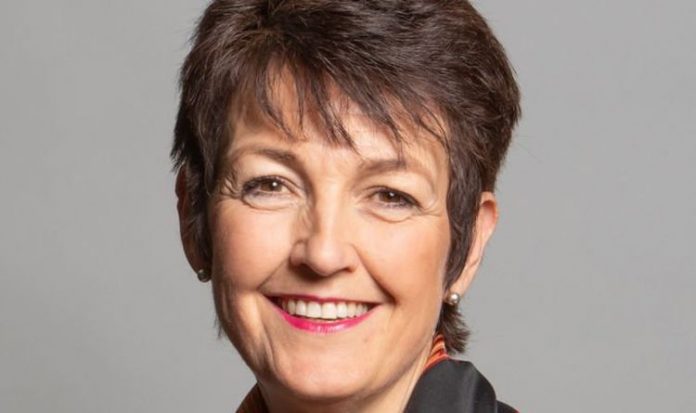 Public health minister Jo Churchill said she only beat it by getting an early diagnosis on both occasions. The Conservative MP said: “My message to Daily Express readers is help us to help you. For me early diagnosis on more than one occasion means I am here. “Please, seek help if you have symptoms or if you’re concerned you might be at greater risk.

She spoke after this newspaper laid bare the impact the pandemic has had on cancer diagnosis and treatment.

Macmillan Cancer Support estimates 50,000 people have contracted cancer during lockdown but have not had a diagnosis.

The backlog to find and treat cases could take a further 18 months to tackle in England alone.

Ms Churchill, 56, who is Parliamentary Under-Secretary of State for Prevention, Public Health and Primary Care, was struck down with thyroid cancer in 1995 at the age of 31.

Speaking previously she said: “As a cancer patient, it’s an emotional tsunami. You don’t ask for cancer: it finds you and it’s frightening.”

The mum of four had successful surgery to remove most of her thyroid and is now on medication for side-effects.

But in 2009, she was diagnosed with breast cancer – unrelated to the earlier episode – when a scan revealed a tumour in her right breast. She said: “I want to say it loud and clear the NHS is still open for everyone who needs it.

“So, I would urge you to come forward if you have concerns about something. For example, if you have a persistent cough, which is one of the three key Covid symptoms, it can also be a sign of lung cancer if it continues. The earlier any cancer is diagnosed, the more effective the treatment can be.”

Before Christmas the Express told how the fight against cancer was dealt a huge blow when Cancer Research UK had to slash research funding by £45million. The charity said the hit was exacerbated by the pandemic.

It confirmed there would now be 92 fewer research projects and 328 fewer researchers racing to find cures. Further cuts are planned in the spring.

Professor Karol Sikora, oncologist, Daily Express columnist and former director of the World Health Organisation cancer programme, said: “If there is one message we need to get across to people it’s to get any worrying symptoms checked.

“So many people have cancer right now and don’t even know. It’s an unfolding disaster.”

Michelle Mitchell, chief executive of Cancer Research UK, said: “It’s vital the Government reassures people that the NHS is still open, and for people who have noticed an unusual or persistent symptom to speak to their GP.”

The coronavirus pandemic has been tough on us all. I know that it’s been especially tough for people who are dealing with cancer.

Some people who are worried they might have cancer have been uncertain, even afraid, about coming forward.

The NHS is currently going through one of the toughest periods in its history, but staff have been working tirelessly to keep these vital services going.

Thanks to their dedication, urgent check-ups and treatments are close to normal levels.

Nearly 1.5 million people were urgently referred by their GP with suspected cancer between March and November. And cancer treatments, including surgery, radiotherapy and chemotherapy, were at 88 percent of the level they were last year.

I’d also like to tackle a myth: that being diagnosed with cancer might stop you from getting a vaccine. The fact is some people having cancer treatment will be on the priority list. Others will be called in their group,

So when you get the call, get your jab so we can protect the most vulnerable.