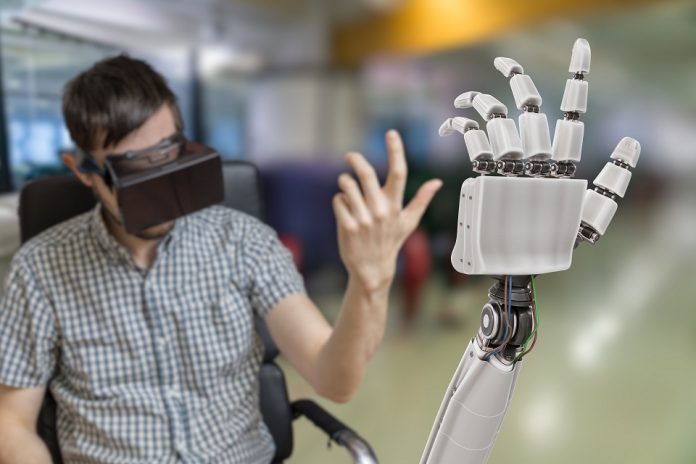 Nine organisations, undertaking eleven different projects, will share the funding through the DASA Telexistence Themed Competition, run on behalf of the Ministry of Defence’s Chief Scientific Adviser and the Nuclear Decommissioning Authority (NDA), and managed by the Defence Science and Technology Laboratory (Dstl).

Such is the appetite for innovation on Telexistence, the initial competition opportunity of £500,000 was subsequently bolstered by a further injection of funds by both Dstl and the NDA, who are keen to realise the potential benefits of such technologies in the nuclear sector.

The Telexistence competition aims to develop and demonstrate innovative technologies and novel solutions that have the potential to give military and government personnel, emergency services, or humanitarian workers the capability to operate in hazardous environments without physically being present.

Ultimately, this capability will allow a human operator to perform complex tasks and operate equipment from a safe distance.

This is the culmination of several years of developing the concept of Telexistence inside Dstl from the idea of combining different areas of emerging science into the concept of projecting human presence into a remote environment and immersive feedback for the operator.

This has huge potential to make many highly dangerous military operations and other hazardous civil operations much safer for our front line operators and save lives in the future.

I would like to express my sincere thanks to the combined efforts of the multi-disciplinary teams from across Dstl, DASA and the NDA for all the hard work and effort that has gone to getting us to this impressive position, and am looking forward immensely to seeing the outcomes of the demonstrations to come.

We are excited to explore the range and potential of the technologies with innovators and stakeholders from across Government as well as the Defence and Security sector, identifying future applications in harsh or hazardous environments.

This competition presents a real opportunity for the NDA Group to engage with a really diverse range of ideas and new technologies developed by the supply chain, including many organisations and SMEs that we have not worked with before.

Encouraging technology transfer across different sectors and maturing a broad range of technologies that move humans away from potentially harmful situations will benefit us all.

This competition gives us a real buzz, we are seeing more Government departments teaming together to fund innovations and this ensures many different sectors benefit from the adapted technologies.

The funded projects will develop ideas in the latest remote operating, including: kinematic mapping, virtual reality, haptics, robotics, and telepresence.

A telexistence capability is defined as a system, or a system of systems, which allows a human user to experience, interact with, and operate in an environment without physically being there. The human operator remains in the loop.