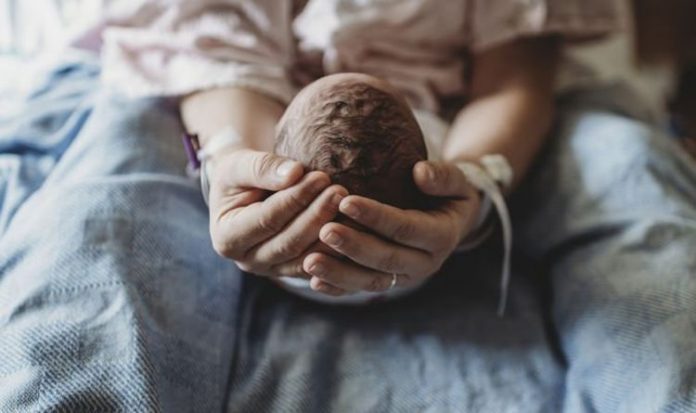 A report, published last week, shows “catastrophic” consequences of the loss of parental support during the first wave of the coronavirus crisis. It comes as a coroner’s report linked the death of a baby girl to the lack of safe-sleeping advice which was misunderstood after being delivered by text rather than face-to-face. The study, by the Parent-Infant Foundation, refers to new families becoming “invisible” to professionals, leading to a risk of long-term developmental damage as well as evidence of a rise in ­undetected abuse or neglect.

It states babies are “particularly vulnerable to the effects of lockdown” due to their dependency on support and services, and susceptibility to the environment.

However, only half of health visitors adapted to digital or phone services after an initial “hiatus” following the announcement of the lockdown. And while it was noted some services started to resume again in September, most “did not bounce back quickly as lockdown eased”.

The research, which examined more than 60 studies on the impact of the pandemic on infants aged two and under, also gathered evidence from a survey of 235 health visitors, child and mental health support workers, together with community child health ­leaders. It found that 86 percent of health visitors were not able to continue face-to-face contact with all or most families.

Thirty-five percent saw no families in person and half were only able to offer support through website information. Eighty-eight percent of health visitors said their families were at risk of poorer outcomes due to lack of contact with essential services, with 80 percent believing babies had already been negatively affected.

It concluded, “national decision-makers had a myopic focus on Covid-19 risks which hampered wider risks to communities. The loss of connection brought by lockdown poses not only a significant challenge to babies and their families but also the services and systems that support them.”

Last month, Greater Manchester senior coroner Alison Mutch blamed the death of baby Violet Leona Jackman on the fact health visitors had been unable to give safe-sleeping advice in person.

Violet was discovered unresponsive on May 17 last year after her Moses basket tipped over.

Ms Mutch said had health visitors been able to enter the home they would have seen the location of the basket “was inconsistent with safe-sleeping”.

She said the parents could “not have known” they had got the advice wrong when they shared information via text message.

In conclusion she stated that because “health visitors nationally were redeployed into other services” during the pandemic… “there was no clear way of ensuring both parents understood the guidance given or of following up that the advice had been shared in detail”.

Elizabeth Duff, of the National Childbirth Trust, said: “We are extremely concerned about the impact on babies.

“The first 1,000 days from pregnancy to age two are an age of opportunity. This is a critically important period of a baby’s rapid development that lays the foundation for well-being and happiness.

“The lockdown and the reductions in direct contact with most services removed key support from parents of babies in this age group just at the moment they were most needed.”

Mumsnet founder Justine Roberts said: “Being a new parent is hard enough without the constraints that Covid brings.

“A Mumsnet survey showed that of those who have been pregnant since March, nearly three-quarters have had fewer health visitor or midwife home visits, and 77 percent have felt scared or isolated at some point.

“New mothers and babies are coming far too low on the Government’s priority list. The consequences of not considering their needs can be catastrophic.”