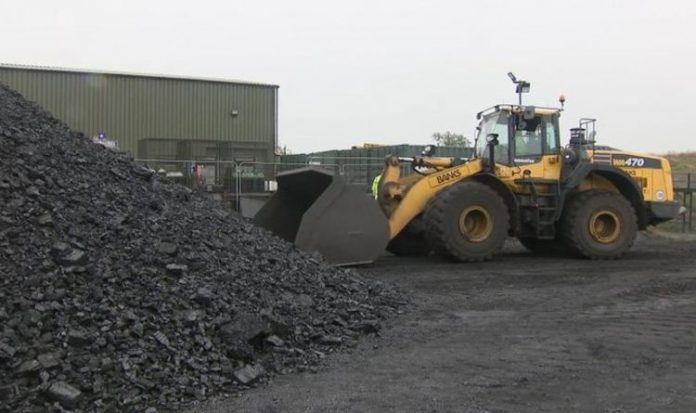 The Bradley Mine in County Durham will extract its last production of coal later today after plans to expand the site fell through. The open-cast pit operated by the Banks Group is responsible for producing 150,000 tonnes of coal every year, however permission to extend its operation until 2021 was rejected earlier this summer.

The move falls in line with the Government’s commitment to produce coal-free electricity by 2025 but is set to make the UK reliant on foreign imports in the short term.

Graeme Stott, a former member of the military who started working at the Bradley site two years ago, has condemned the move.

“My father worked for British Steel, and that industry’s gone. It’s awful.

“We’re probably more qualified than the rest of the world, but we’ve had it taken away from us.”

Alan Mayman, a miner for more than 25 years, added: “I’m devastated, absolutely devastated that it’s coming to a close.

“The county council and the Government have done nothing to support us, so this’ll be the last coal mine that I’ll probably ever work on. Then that’s it.”

Official Government figures show in 2019 the demand for coal in the UK stood at 7.9 million tonnes – the figure represented a fall of around a third on the previous year.

Last year, coal-fired power made up just two percent of the UK’s electricity network compared to around 40 percent in 2012.

The Banks Group, which operates the mine at Bradley, is hoping to make a last-ditch attempt to save production with plans for a new mine at Highthorn in Northumberland submitted to the Secretary of State for Housing, Communities and Local Government.

Lewis Stokes from Banks Group says: “We support the move to a cleaner climate. We’re not climate change deniers, we understand that.

“But at the minute, and for the short to medium term, we need coal.

“That’s why we need to keep mining coal here in County Durham and in Northumberland at our forward programme sites, because it makes economic and environmental sense to do just that.”