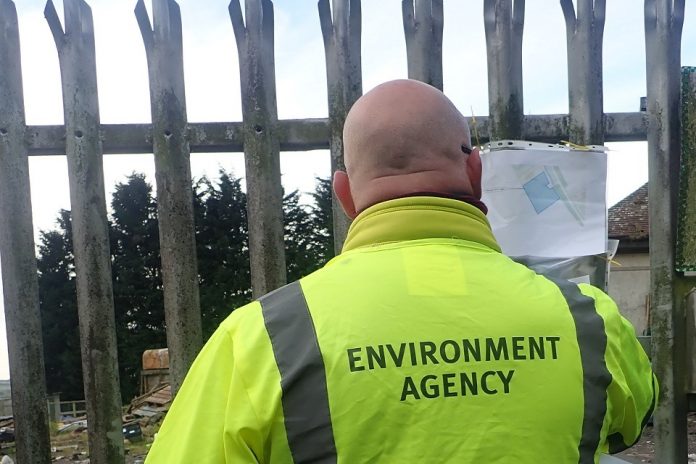 A court order is now in place prohibiting anyone from entering or depositing waste on the site, at Aln View, Old Swarland, to reduce the impact on the local community while the criminal investigation into activity at the site is ongoing.

It’s the first time the powers have been used in the North East.

He told the court that investigations began in February this year, when reports were received about waste being brought onto the site and burned.

The Environment Agency has now locked the site’s access gate, placing a warning notice at the entrance. Anyone entering the land, or tampering with the lock or notice, will be committing a criminal offence.

We are determined to make like tough for those who damage the environment and blight local communities.

This is the first time these powers have been used in the North East and demonstrates we will use all of the tools at our disposal to disrupt waste crime.

The order has been put in place following complaints about waste being illegally dumped and burned, and after extensive work together with our partners at Northumbria Police Rural Crime Team and Northumberland Fire and Rescue Service.

While most waste sites are operated responsibly, this type of illegal dumping causes huge harm to the environment and distress to communities.

The Environment Agency started receiving complaints about waste being imported and burned at the site in February this year. On 16 March, officers visited the site and saw several piles of waste and evidence of burning.

The Environment Agency is working alongside Northumberland Fire and Rescue Service and Northumbria Police in the ongoing criminal investigation into activities at the site.

They have continued to take enforcement action during Coronavirus restrictions adhering to all of the latest Government guidelines.