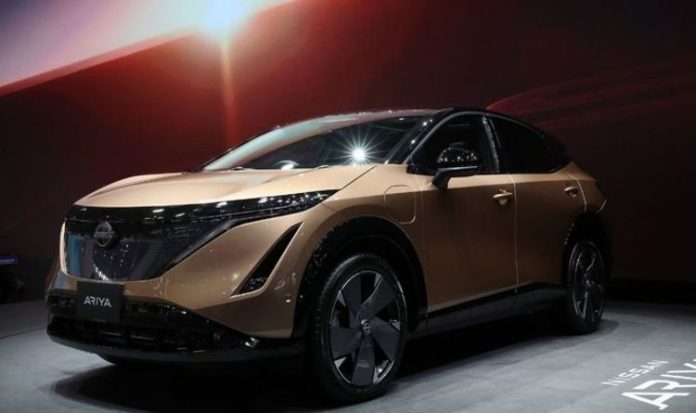 The Institute for European Environmental Policy (IEEP) said Brussels must make some big decisions in the coming year or lag behind Britain on cutting transport emissions.

The IEEP said: “The ball is now firmly in the EU’s court.

“The good news is that the European Commission has launched its sustainable mobility strategy, including the revision of the CO2 standards for light vehicles.

“But to claim a position as a global climate leader on transport, EU leaders must push for some big decisions this year.”

Boris Johnson unveiled Britain’s ambitious bid to phase out fossil fuel engines by 2030 last November as part of his pledge for a green revolution.

It formed part of a 10-point plan to create, support and protect hundreds of thousands of green jobs as the UK aims to become carbon neutral by 2050.

The Prime Minister said: “Our green industrial revolution will be powered by the wind turbines of Scotland and the North East, propelled by the electric vehicles made in the Midlands and advanced by the latest technologies developed in Wales, so we can look ahead to a more prosperous, greener future.”

The areas the 10-point plan focus on are:

• Offshore wind: Producing enough offshore wind to power every home by 2030, supporting up to 60,000 jobs.

• Hydrogen: Creating the capacity to generate low carbon hydrogen for industry, transport, power and homes, and aiming to develop the first town heated entirely by hydrogen by the end of the decade.

• Nuclear: Advancing large scale nuclear plants and developing the next generation of small and advanced reactors, which could support 10,000 jobs.

• Homes and public buildings: Making homes, schools and hospitals greener, warmer and more energy-efficient, including a target to install 600,000 heat pumps every year by 2028.

• Carbon capture: Becoming a world-leader in technology to capture and store harmful emissions away from the atmosphere, with a target to remove 10 million tonnes of carbon dioxide by 2030.

• Nature: Protecting and restoring the natural environment, including planting 30,000 hectares of trees every year.

• Innovation and finance: Developing cutting-edge technologies and making the City of London the global centre of green finance.

Proposals for a new plant at Coventry airport have been announced by the West Midlands Combined Authority and the city’s council is now working with the airport’s owners to submit a planning application.

Large-scale battery production is key to the success of the UK car sector ahead of the 2030 ban on sales of new petrol and diesel vehicles.