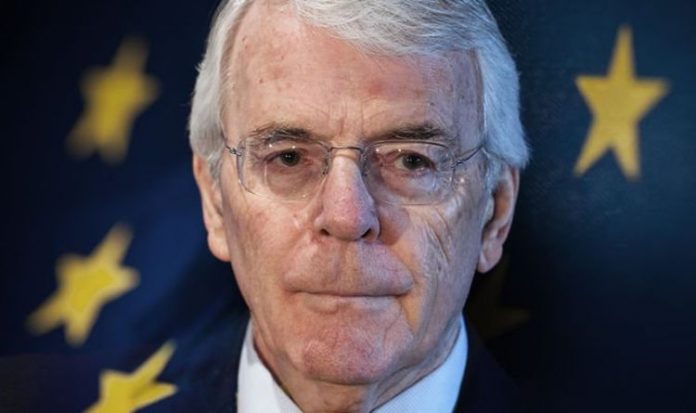 Since 17.4 million voted to leave the European Union in 2016, former Prime Minister John Major has been actively trying to reverse that result. The Conservative grandee was already campaigning for a second referendum less than six months after the first one. And he did everything he could to damage Prime Minister Boris Johnson’s premiership, too.

Last year, Sir John challenged the former London Mayor’s decision to suspend Parliament at the Supreme Court and, during the general election campaign, he urged young voters to stop the Conservatives’ Brexit plan.

Sir John’s battles to thwart Brexit are not a surprise, though, particularly given his role in further tying Britain to the bloc during his premiership.

As soon as he became Prime Minister in 1991, Sir John felt the relationship between Britain and the EEC – the precursor to the EU – had to change.

During a speech in Brussels, the Bristol-born politician expressed his desire to place “Britain at the heart of Europe” with the Maastricht Treaty.

The Treaty is the international agreement that saw what was then the EEC evolve into the EU with initially only 12 member states.

The Treaty, though, which greatly increased the powers of the European Commission, was widely unpopular and, according to Ukip founder Alan Sked, was meant to be kept secret from the public.

The emeritus Professor of International History at the London School of Economics (LSE) claimed British citizens were never meant to read it.

He told Express.co.uk: “When it was in the process of being approved in Brussels, Denmark had to have a referendum on it under its constitution.

JUST IN: Japan-UK trade deal is a ‘slap in face of EU’s existing agreement’

“However, the Danes didn’t want to have a referendum without reading it first, so they published the Treaty in Danish.

“I was invited to go to Copenhagen to make speeches against Maastricht, which I did.

“At the time, I was the leader of the Anti-Federalist league.

“We got a copy of the Danish version and we brought it back to London and translated it into English.”

Professor Sked continued: “We then gave it to day Times.

“day Times published it as a supplement one weekend, so everyone got a copy.”

According to the prominent eurosceptic, that was the first time it was published in English.

Prof Sked added: “The Treaty was negotiated in the House of Commons in the meantime by MPs who had never read it.

“And they passed it.”

It was not the first time the Government failed to release information directly to the public.

Last Friday, The Times reported that the Prime Minister was considering imposing a national lockdown on Monday.

Other newspapers, including the Daily Mail and the Sun, also wrote that a national lockdown was imminent, forcing the Government to do their press conference in advance.