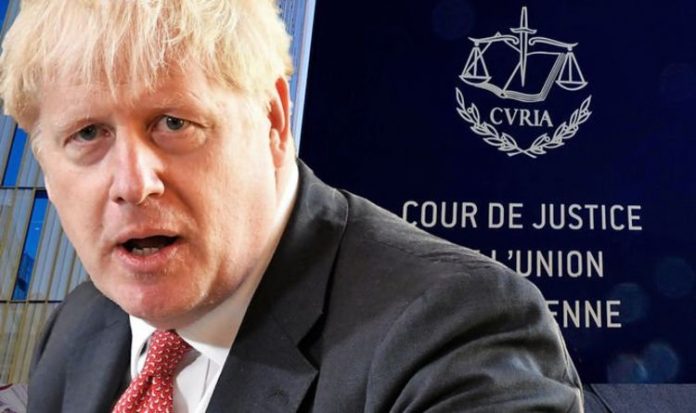 The European Commission has launched legal action against the UK, after MPs passed the Internal Market Bill, which overrides parts of the withdrawal agreement. The EU had set Britain an end of month deadline to withdraw clauses in the Bill, which it said broke international law. The Commission said it would “not be shy” in taking “legal remedies” unless the UK backed down over the provisions on state aid and export declarations on goods from mainland Britain to Northern Ireland.

Downing Street refused the same day and the Bill was passed last Tuesday by 340 votes to 256.

It will now go to the House of Lords.

“This draft bill is by its very nature, a breach of the obligation of good faith, laid down in the Withdrawal Agreement. Moreover, if adopted as is it will be in full contradiction to the Protocol on Ireland and Northern Ireland.

Meanwhile, trade talks between the two sides continue with no breakthrough in sight.

In a recent report, the head of London-based think-tank Euro Intelligence Wolfgang Munchau shed light on the real consequences of Brussels’ move.

Mr Munchau argued there is a major political conflict down the line if, or rather when, the European Court of Justice (ECJ) issues a ruling against the UK at a time when the UK is no longer a member of the EU and has no representative in the court.

However, if a deal between the two sides is struck before the end of the transition period, the legal proceedings “might not matter all that much”.

He continued: “The European Council will deal with Brexit at its meeting in two weeks. Both sides rightly concluded that there is no point in an early political process. If there is a breakthrough, this is when it will either happen or start to happen. The EU set a nominal deadline of end-October, to give enough time for ratification and implementation. This is a soft deadline. We believe that much of the work can be done in parallel.

“Once there is a political breakthrough on the critical issues, the two sides will enter a period of intense negotiations where they don’t talk to the press.”

The withdrawal agreement will, of course, remain in place even if there is no deal on the future relationship, Mr Munchau said.

He concluded: “And, even if there is a deal, the legal proceedings initiated will continue.

“If the ECJ rules against the UK, which we think it will, it will do so at a time when Johnson will still be in office and preparing for the next elections.

“Prepare for a massive deterioration in the bilateral relationship.

“If a deal on quotas and tariffs is reached, this dispute might not matter all that much.”