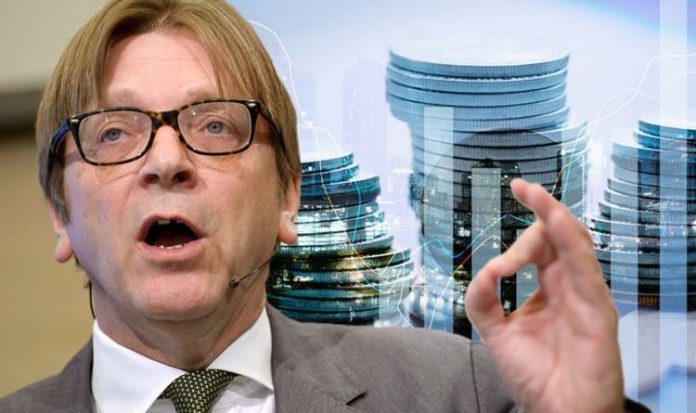 The EU has responded with fury to Prime Minister Boris Johnson’s plans to renege on the UK’s Brexit deal on Northern Irish border checks. The European Commission has sent one of its vice presidents, Maros Sefcovic, to voice Brussels’ concerns and clarify “the full and timely implementation of the withdrawal agreement” to Cabinet Office minister Michael Gove today. The row centres on a controversial bill published on Wednesday, which revealed plans to hand ministers’ key powers on state aid and Northern Ireland customs – breaking international law, by the Government’s own admission.

Downing Street says it is trying to protect the UK’s internal market and the Northern Ireland peace process.

However, neither side expects a breakthrough and tensions are set to exponentially rise.

Unearthed reports suggest this might work in favour of the EU, though.

In 2018, the former European Parliament’s Brexit coordinator Guy Verhofstadt said Brexit had become a cautionary tale on the perils of euroscepticism that could help to save the European Union from a wave of populism.

The MEP, a former Belgian prime minister who supports a United States of Europe, suggested that political chaos over Brexit was one the most compelling arguments for the EU.

He told the Ouest France newspaper: “Fortunately, we have Brexit.

“It illustrates the populist wave but it has also provoked a resurrection of attachment to the EU.

He added: “Even the populists do not dare to say that they want to leave the EU — and they throw themselves into the migration issue.

“We see a change in their language. They all wanted to get out . . . and now they stay.

“They see that people do not want it.”