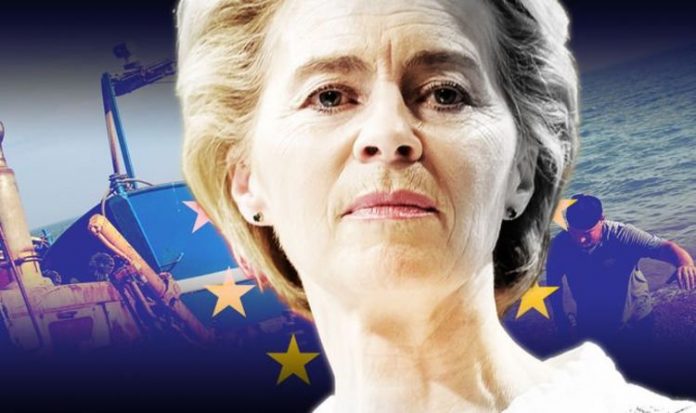 The British and European negotiating teams are holding more talks in Brussels this week as they attempt to strike a post-Brexit trade deal. While the discussions have made little progress so far, the two sides appear more willing to compromise this time. According to Brussels sources, the UK has offered a three-year transition period for European fishing fleets to allow them to prepare for the post-Brexit changes as part of an 11th-hour deal sweetener.

Britons are not likely to forgive the former Mayor of London any concessions on the matter.

The Common Fisheries Policy (CFP) was a central part in the Brexit campaign and the majority of British fishermen and people living in coastal towns pushed for Britain to leave the bloc.

British fishermen believe UK waters are not only overfished by other EU countries but that the CFP also means they are restricted as to how much they can fish.

According to a newly resurfaced Brussels position paper, in 2009, the European Commission admitted the CFP had been a complete failure and urged a rethink, prompting British politicians to call for its scrapping.

Highlighting the figures, which showed that British fishermen saw 60 percent of their whitefish fleet scrapped and thousands of jobs destroyed, Mr Stevenson said: “This paper represents the most dramatic overhaul of fisheries management since the CFP was born and is a clear indication that the Commission now accepts that micro-management by eurocrats in Brussels has failed.”

Former Ukip leader Nigel Farage also commented on the “shocking” paper, saying: “It is time to scrap the CFP in its entirety and look to successful national fisheries policies like Iceland and Norway.”

In February 2013 the European Parliament finally voted for reform of the Common Fisheries Policy, which included measures to protect endangered stocks and the ending of discards.

However, the reforms were hard to implement and they only came into effect in January 2019.