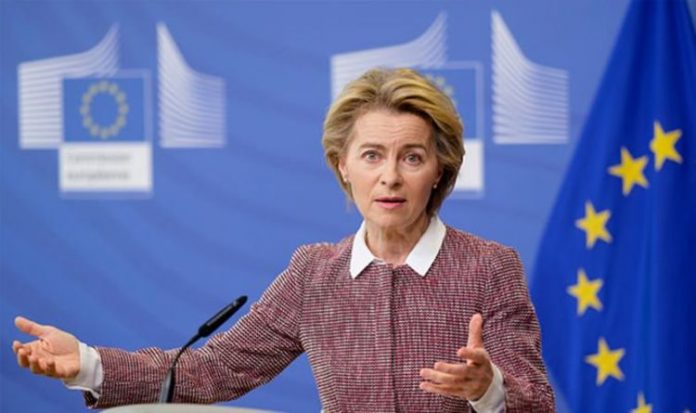 Arguably the driving force behind Brexit, Nigel Farage left one last jibe at Brussels before Britain was out for good. He said: “If we get Brexit half right then these institutions will not be here within ten years. “If, in ten years, what we have achieved is a catalyst for change elsewhere then I will be absolutely delighted.” He hit out at the European Commission – accusing them of putting preservation of the European project ahead of issues like workers’ rights.

The Brexit Party leader continued: “I really do not think the EU and its institutions will last.”

He claimed he hopes its downfall will be “peaceful and sensible”.

The former Ukip leader also lambasted the euro, adding that it “currently represents only 15 percent of global GDP and this figure is going to fall dramatically in the coming years”.

In his interview with Parliament Magazine, which came in January a day before Brexit Day, Mr Farage also sent a stern warning to Prime Minister Boris Johnson.

He said: “He has to deliver on Brexit.

“A lot of people have lent their support to him and the Tories and if he breaks this trust this support will fall off an edge.”

In another assault on Brussels – Mr Farage outlined the three countries he believed would leave the bloc next after the UK.

He predicted Italy, Denmark and Poland could be next to leave, saying: “The way the Poles have been insulted by the EU is probably more than they can bear.

“A poll in Poland last year said, for the first time, that Poles believe the EU has a negative effect on their lives.

“Of course, Denmark didn’t join in the first wave of enlargement and has always opted out of the euro and arrest warrant.

Mr Salvini told Prime Minister Giuseppe Conte in parliament: “If there is something good for Italy we are all happy, but we will see.”

He did warn however that the fund could be a “scam”. 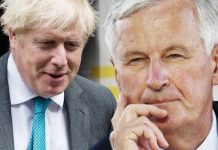 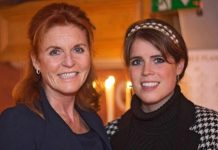 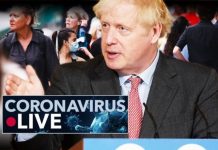