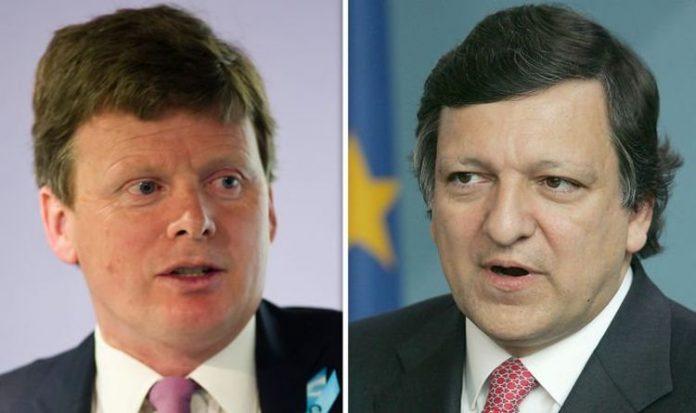 The EU–UK Trade and Cooperation Agreement (TCA) that was signed by Prime Minister Boris Johnson and the EU on Christmas Eve allows the EU to keep 75 percent of the value of the fish it now catches in UK waters, with 25 percent being returned to British fishermen over the transition period. However, an EU member state-flagged vessel has no right to fish in UK waters until a licence is issued under the new rules. Once the licence is obtained, the vessel can sail and engage in fishing activities in British waters.

A French fisherman from Boulogne-sur-Mer, a coastal city in Northern France, has apparently been waiting three weeks for the license.

Jérémy Lhomel believes Brexit is just the straw that broke the camel’s back, as he blamed the EU for overfishing and having to depend so much on UK waters.

He told Ouest France: “If there were enough resources in our waters, we would not be so dependent on those of the English. The sea here is overexploited.”

It is no secret that Europe is far from reaching its marine sustainability and biodiversity goals.

Despite the aims of the recently reformed EU Common Fisheries Policy and commitments made by the European Commission, overfishing, habitat destruction and excessive discarding of unwanted catches are still ongoing problems.

A report from the Food and Agriculture Organisation (FAO) of the United Nations found that 75 percent of Mediterranean and Black Sea fish stocks are overfished.

When Britain was still part of the EU, it tried to overturn these fishing abuses.

In 2013, small-scale fishermen in West Africa appealed to the then UK Fisheries Minister Richard Benyon to protect their future by voting to restrict overfishing in the coastal waters of developing countries.

Leaked EU documents seen by The Guardian suggest that Britain successfully blocked Spanish proposals which, if passed, would have allowed EU fishermen to continue to overfish African and other waters.

Abdou Karim Sall, President of the Fishermen’s Association of Joal and the Committee of Marine Reserves in West Africa, said at the time: “Our livelihoods and our food supply are being destroyed by EU vessels supported by EU money.

“We urgently need the EU to reform its policies to give us a chance of supporting ourselves.

“Monday’s meeting in Brussels to reform the EU fishing policy will go a long way to deciding our fate here in West Africa.

“When I met the UK Fisheries Minister Richard Benyon last year, he gave us hope that he would help, and we know that he has fought for us in these negotiations.”

Despite Britain’s vote, fishing agreements between the European Union and West African countries continue to target fragile fish stocks in the region, according to a recent study by Dr. Ifesinachi Okafor-Yarwood, who researches why people in West Africa are driven to illegal fishing.

Small-scale fishermen in West Africa who rely on local fish could suffer if those populations become depleted.

Ms Okafor-Yarwood, who earned her doctorate at King’s College London, told SeafoodSource: “Their policies do not reflect the fact that they are in support of sustainable fisheries.

“The EU should be leading the way in making sure that they do not by their actions or inaction undermine sustainability of fisheries in that part of the world.”

According to the first post-Brexit assessment of the UK’s fisheries, only a third of the UK’s key fish populations are in a healthy state.

A spokesperson for the Department for Environment, Food and Rural Affairs said: “As an independent coastal state, we will manage our fisheries sustainably in a way that protects our precious marine and coastal environment, and enables our seafood sector and coastal communities to thrive.

‘The Government is committed to sustainable fishing, and our Fisheries Act enshrined that commitment in law with the introduction of our fisheries management plans, which are legally binding plans for achieving sustainable fish stocks.”